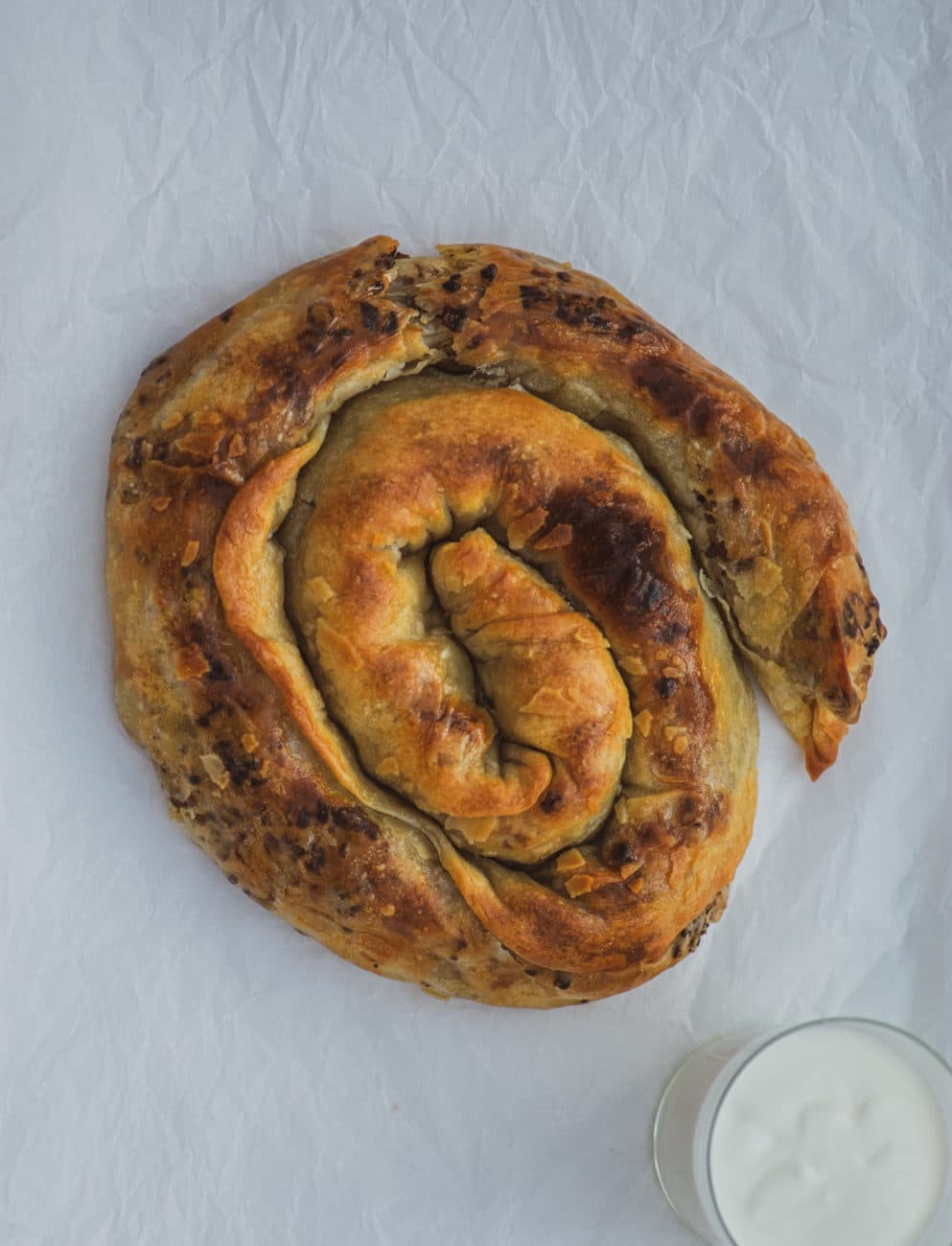 Burek Recipe: Making The Bosnian Version Of The Turkish Snack

To Bosnia, From Turkey, With Love...

In Bosnia and Herzegovina, besides Cevapi, Burek is certainly the most famous and widespread dish. It is a traditional Bosnian cuisine street food speciality. However, even with all its popularity, Burek recipe is quite simple.

Burek is made from finely minced meat, onion, salt and pepper wrapped in a thinly stretched dough called – jufke.

Did you know what a shop selling Burek is called in Bosnia?

You will be surprised to know that in Bosnia and Herzegovina, you can find countless Buregdinice in literally every town and village. You might be wondering what is so intriguing about this. Well, these shops sell nothing but Burek and still there is cutthroat competition in this space because Burek is so popular among the Bosnians.

Traditionally, it is served warm, usually with yoghurt, and eaten quickly, on the go.

Like many other dishes of traditional Bosnian cuisine, burek recipe has its origins in Turkish cuisine. In fact, there is a borek dish in Turkey, and you can find more about it in this blog post.

Thus, with the Turkish conquests, Burek came to Bosnia, but here it gained a local twist and a different meaning.

Unlike Turkish cuisine, where Borek is considered a dough with different fillings, in Bosnia, the most common filling is of meat.

In Bosnian cuisine, dishes are prepared in this way, with fillings of, for example, cheese, spinach, potatoes, are considered pies. So you will find all kinds of pies if you visit Bosnia, including potato pie, vegetable pie, cheese pie, etc.

In Bosnia and Herzegovina, You will find two standard versions of Burek, Ciza and Whirligig. Each has its own speciality that stems mostly from the dough’s shape apart from other differences.

The first version is baked in a casserole in a tubular shape and is known as ciza. It is more common in buregdinice (specialised shops) where it is sold as bulk for a kilo.

Another spiral-shaped version is more common in bakeries and is called Whirligig.

Around Sarajevo, capital of Bosnia and Herzegovina, Whirligig are popular and are commonly known as ‘buredžici.’

These are smaller whirligig burek, coated with sour cream and garlic.

How We Sourced This Recipe?

This Burek recipe is from Amira, a colleague of my wife. She was born in Sarajevo, and she most certainly knows how to prepare Bosnian dishes.

Below are the helpful steps to make this mouthwatering Bosnian version of the Turkish snack with ease. So try it out and let us know in the comments how it turned out for you.

My family comes Bosnia and Croatia and no one in the family or friends ever sauté the meat and onion before placing it on the pastry. The traditional way is to mix the raw onion and raw mince thoroughly and scatter ny clumps of the raw mixture about half a teaspoon in size all over the sheet of pastry, it’s like pinching bits of the mixture and scattering it evenly all over and making sure there’s loads of. The ratio of onion to meat should be eg if you have half a bowl of raw meat do equal half bowl of chopped onion. Sautéing the meat before hand is unnecessary and renders a drier texture. There should also be quite heavy dose of pepper & liberal with the salt plus a sprinkling of paprika which together with the onion gives the Burek its unique and totally delightful flavour. Using raw meat also keeps the burek extra moist and adds far more flavour

Very true Marita, we always use fresh meat and onions like you said for better taste and to keep the Burek moist 🙂