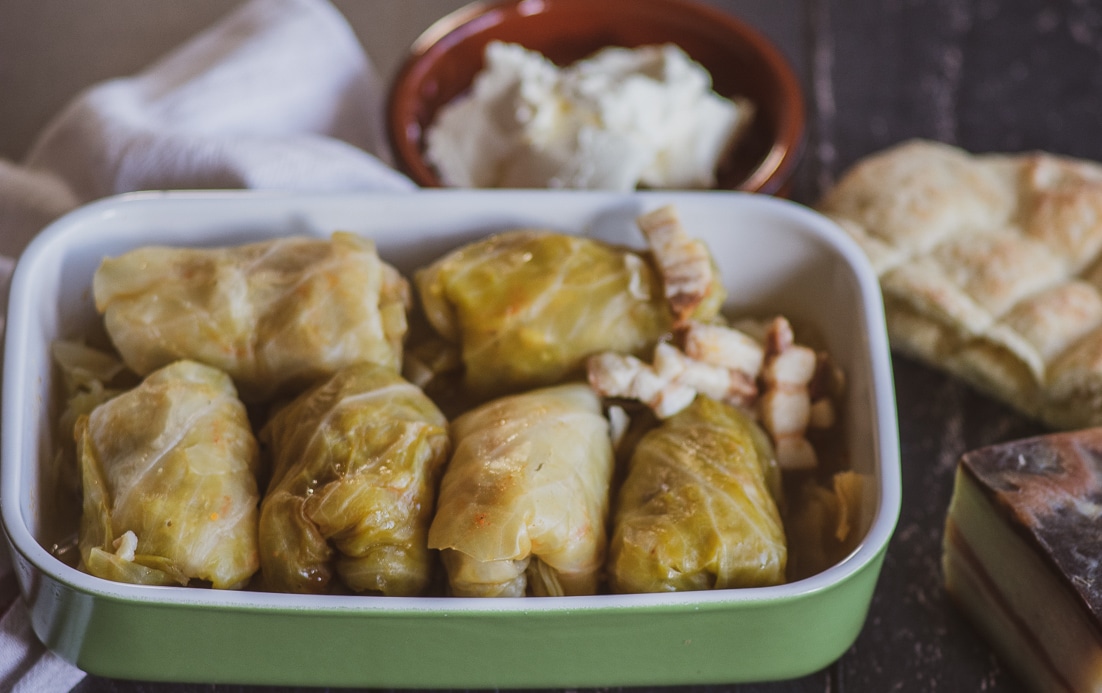 Sarma is a traditional dish of Croatian cuisine. Traditionally, it is made from a mixture of minced meat, rice and spices wrapped in sauerkraut.

Sarma is a traditional dish of Croatian cuisine, widespread in continental and eastern Croatia. Traditionally, it is made from a mixture of minced meat, rice and spices wrapped in sauerkraut.

Sarma is considered a traditional dish in Turkey, Bosnia and Herzegovina, Bulgaria, Poland, Greece, Hungary, Macedonia, Montenegro, Moldova, Romania, Serbia, Slovenia, Jordan, Lebanon, Syria, Iraq, and even Ukraine. Of course, in each of these cuisines there are different variants, and sometimes even different names. In Armenia, Georgia, and even in Turkey it is called dolma.

Although the origin of Sarma is not completely clear, it is generally accepted that it comes from Bulgaria. As with many other dishes, the Ottoman Empire was a medium that conveyed it to areas under their rule.

When one takes a closer look at the historical context, it is evident that it was spread over the territory of the former Ottoman Empire.

As we mentioned before, there are several variations of it. Somewhere it is wrapped in vine leaves (Turkey, Greece), somewhere in cabbage leaves. Somewhere is used rice, or bulgur etc.

It is believed that it appeared in Croatia during the 16th and 17th centuries. In the 19th century, it was already a common meal that could be found in many cookbooks of that time.

The Croatian version is always made with sauerkraut leaves. This is an evident influence of Central European and Austrian cuisine. It is also common to combine pork and beef minced with rice and spices such as salt, pepper and paprika. In the Croatian version, it is also necessary to add smoked meat, such as smoked bacon or smoked ribs.

It is interesting that in the southern part of Croatia, more precisely in Cetinska Krajina, there is a dish named the Sinj Arambasici. Actually, it is a Turkish and more traditional version of Sarma. Pork and rice are not used, only beef and oriental spices, such as coriander, cloves, nutmeg and cinnamon. This dish is on the list of the intangible cultural heritage of the Republic of Croatia.

This Sarma recipe is from my wife’s grandmother and I can tell you that all our friends love this dish. Usually, when we invite them to dinner, they often ask if there will be Sarma.

What’s Going down i’m new to this, I stumbled upon this I have discovered It
absolutely helpful and it has aided me out loads.

I am hoping to contribute & assist other customers like its
aided me. Good job.