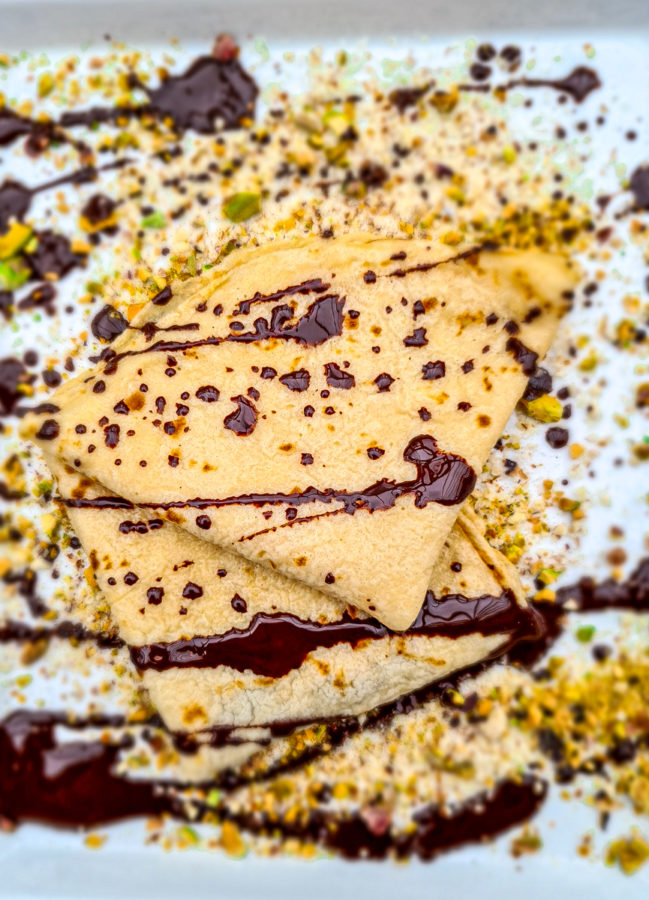 Gundel Crepe (pancake) is a mouth-watering crepe dessert filled with walnuts, raisins and rum, served in a dark chocolate sauce.

Gundel Crepe (pancake) or originally Gundel palacsinta, most certainly, is the most famous pancake in traditional Hungarian cuisine. This is a mouth-watering crepe dessert filled with walnuts, raisins and rum, served in a dark chocolate sauce.

Let us mention that pancakes are quite widespread in Hungarian cuisine. The first record of pancakes in the Hungarian language date back to the 16th century (cookbook manuscript Szakáts-Tudomány) from the court of the Prince of Transylvania. Apart from Gundel Crepe, there are many ways of preparing crepes in Hungarian cuisine innhold. Another, also very popular, but savoury speciality – Hortobágyi crepe.

Gundel pancakes were celebrated by Károly Gundel, one of the most important Hungarian chefs and cook writers. An article from the 1939 New York Times speaks best of his importance in Hungarian gastronomy. They have said the Gundel Restaurant did more for Hungary’s promotion than a shipload of tourist brochures. Also, some other dishes that became an integral part of Hungarian gastronomy originated from his restaurant, such as Jókai bean soup, Palóc soup, and Somloi Galuska.

Legend has it that this speciality was actually invented by Lola Matzner. She was the wife of Sándor Márai, the famous Hungarian writer. After the premiere of one of his works, a banquet was held at Gundel’s restaurant, and she served pancakes according to an old family recipe. Like Marai’s play, the pancakes proved to be a real hit, so Gundel included them on the menu of his restaurant. Initially, they have been called Márai Pancake. However, when the Márai couple emigrated from Hungary after WW2, the surname Márai was no longer politically desirable. Therefore, the pancakes were renamed Gundel Pancake. A few years later, the communist authorities nationalized his restaurant, and it worked under a different name. It was reopened in 1992 as Gundel House. Today, Gundel House serves over 25,000 servings per year, of this amazing dessert.

By the way, the popularity of this dessert has crossed the borders of Hungary and is also popular in Austria. Apart from being Gundel Pancake, you can also find them there as Chocolate-walnut palatschinke or Walnut-palatschinke.

Like many others, I got this recipe for Gundel Pancake from my friend Imre, who is a foodie like me, but also a great connoisseur of traditional Hungarian cuisine. 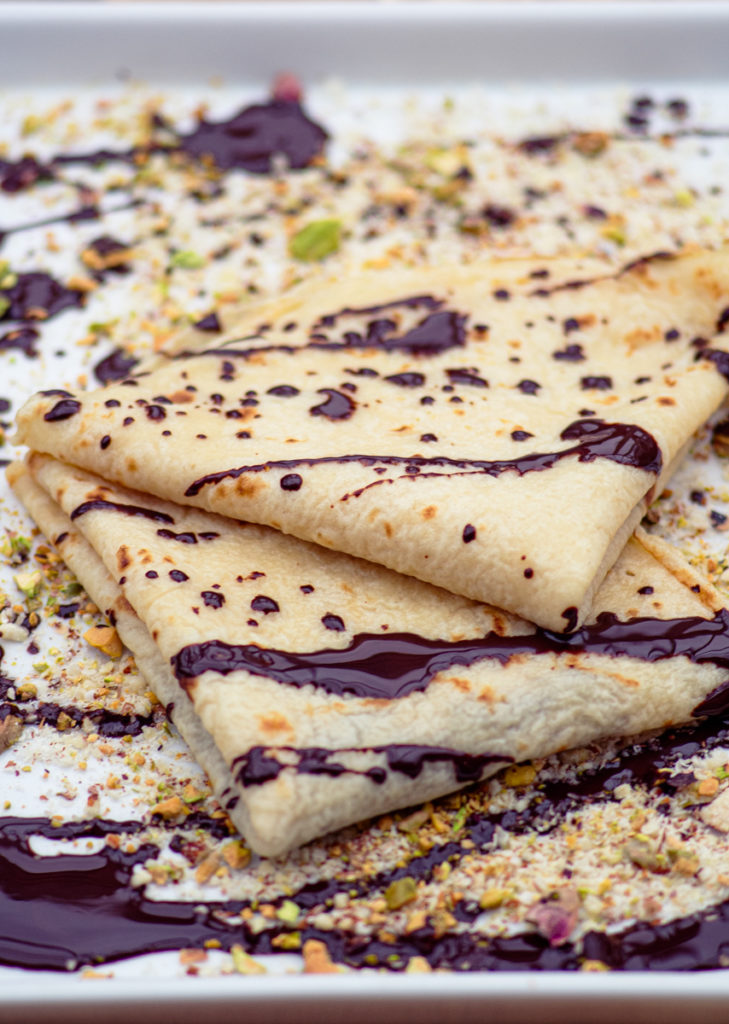 Gundel Crepe (Pancake) or originally Gundel Palacsinta, most certainly, is the most famous pancake in traditional #Hungarian cuisine. Click To Tweet