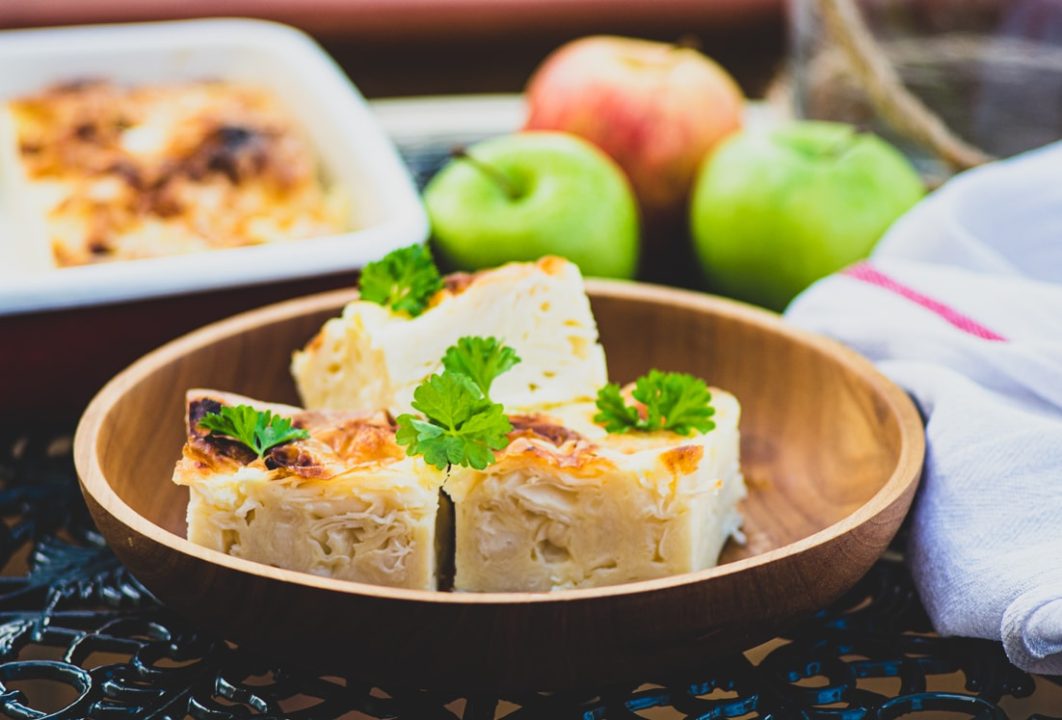 This is a very simple pastry made from filo dough, white cheese and eggs. Sometimes referred to as a guzvara, because of the way it is prepared. For Vuk Karadzic, a Serbian philologist and linguist, “gibanica is a pie where soft cheese is mixed with milk and eggs and put between dough sheets.

As I said before, it is a very widespread dish and served on different occasions. With yoghurt or milk, it is served as a breakfast or dinner. It can be served as an appetizer or snack, as well. It is an integral part of the dining table for holidays such as Christmas or Easter. In one Serbian cookbook from 1913, there are 17 recipes for gibanica.

One Serbian proverb says, “If there were cheese and butter, my mother would know how to move the gibanica.” It has become an integral part of folk wisdom and it refers to something that is easy to do.

In addition to Serbia, it is also known in Macedonia and Bulgaria, where it is called Banica. Also, in Slovenia there is Prekmurje, and in Croatia, there is Medimurje gibanica. Gibanica or ghibanizza is also known in Italy, more precisely in the north in the province of Friuli-Venezia Giulia. These are much more complex, multilayer pastries, with different ingredients. They only share only the name with Serbian gibanica.

There are two theories from which it originated. The first says that it comes from the Slavic word to move. The etymological dictionary Slovenian language, we read that word gibanica comes from the verb to move and hence gibavica, strudel, pie.

According to another theory, it is a name of Arabic origin and comes from the word gban, or cheese. It could be even more precisely located, the word gibanica is of Egyptian origin. In Egyptian Arabian cheese is called gibna, or giban in the plural.

It even got into the Guinness Book of Records. The biggest gibanica in the world was made in 2007 in the town of Mionica in western Serbia. It weighed almost one tonne.  330 kg of crust, 330 kg of cheese, 3,300 pieces of egg, 30 litres of oil, 110 litres of mineral water, 50 kg of fat and 500 bags of baking powder were used. Even a special stove was made to bake it.

This recipe for gibanica I got from my good friend from Serbia.