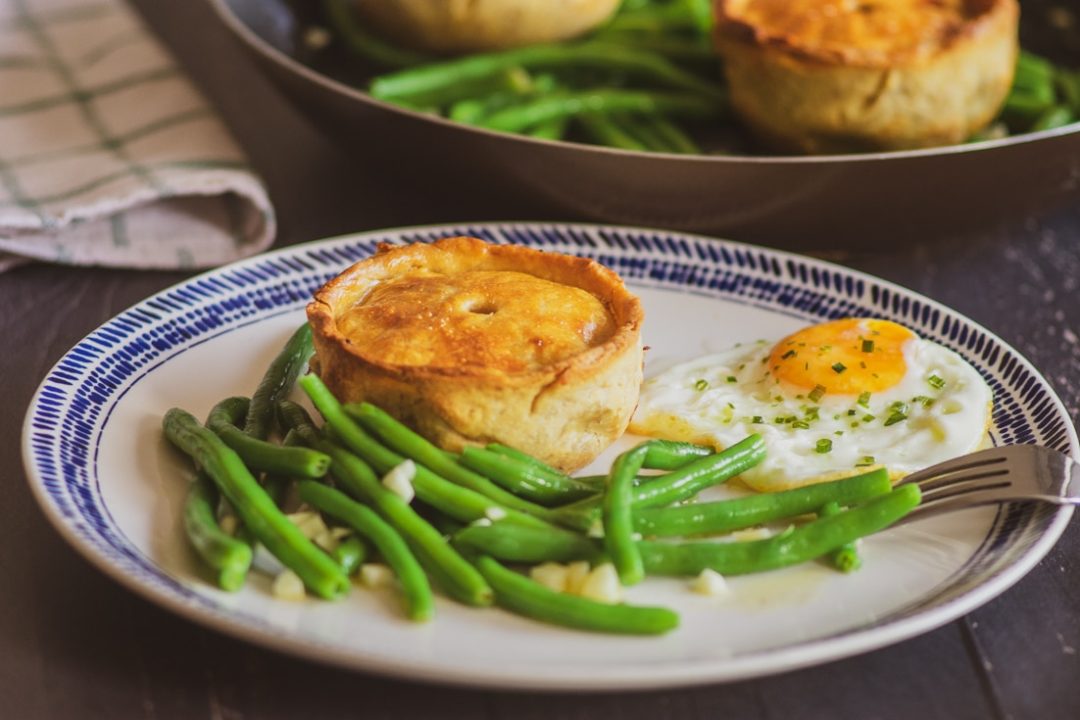 Scotch Pie is a traditional Scottish double-crusted pie, usually filled with various spices and minced mutton. It can be also known as football pie.

Scotch Pie is a traditional Scottish double-crusted pie, usually filled with various spices and minced mutton. It can be also known as mutton pie, shell pie or even football pie.

Football pie got its nickname because it was being sold as a kind of fast food at football stadiums. Due to its hard crust, it is a very practical food, that can be eaten with only one hand. Sometimes it is called Scottish hot sandwich. Also, it could be used as a missile if the spectators were not happy with the match.

Scotch Pie is a small round pie, usually 7-8 cm in diameter and 4 cm high. The top is covered with a crust cover under the rim so that it is possible to add different toppings such as baked beans, mashed potatoes, gravy, eggs etc.

Traditionally, it was stuffed with mutton, while today it can be found with minced lamb or beef. Mutton has throughout history been very accessible and cheap, so with a good mix of spices this dish seemed very popular.

Although there is no written evidence, it is considered that Scotch Pie originated from Scotland and has existed for over 500 years. There is a legend that during the Middle Ages pie was despised by the Scottish church. It was considered to be a sumptuous meal, very similar to English pies.

The Industrial Revolution influenced the growth of the pie’s popularity when the workers in the cities sought a suitable, sustainable and inexpensive dish.

Today there are countless variations of the pie, and each one of them has its own recipe, which is sometimes kept a top-secret, especially within bakeries.

Today Scotch pie can be found in both bakeries and take-aways and also on the menu in some restaurants.

Very similar dishes can be found in England as well as in Canada.

There is even a World Championship Scotch Pie Awards. In fact, since 1999, a trade organization called Scottish Bakers, have organised this contest. The winner of the contest takes the flattering award of World Champion.