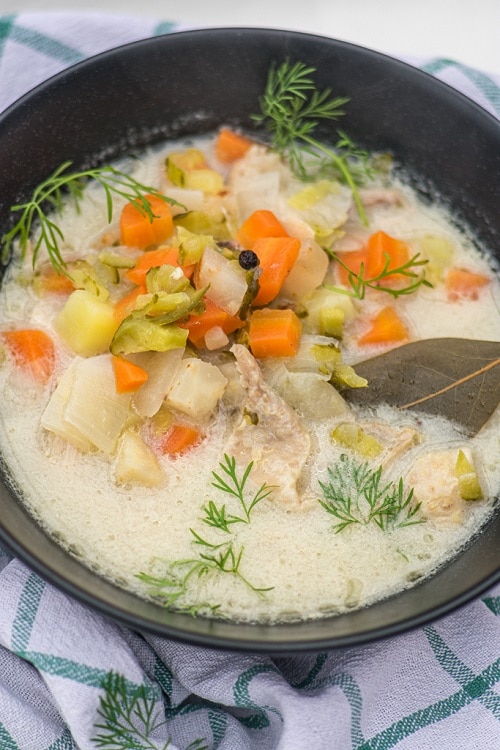 The great thing about ogorkowa is that it’s extremely easy and affordable to make.

Ogorkowa soup is a popular sour pickle soup in Poland. Its main ingredient, pickled cucumbers, gives the dish that strong and tangy flavour. It is said to be the simplest version of other Slavic pickle-based soups such as Russia’s traditional rassolnik dish, which is made of beef, barley, and (you guessed it) pickles.

The great thing about this soup is that it’s extremely easy and affordable to make. There’s no need for fancy ingredients — everything you need is probably in your kitchen right now. All you need are your chopping skills.

Zupa translates to “soup” in Polish, while ogorkowa means “cucumber.” The dish was named after its main ingredient, pickled cucumbers or kiszone ogorki.

Polish meals often begin with soup as a starter. This Polish pickled cucumber soup was considered as a “leftover” soup since it contained pickled vegetables that needed to be used before they went bad. Traditional ogorkowa would use a broth made from leftover bones.

Unlike other Polish soups, it doesn’t have any legends attached to it. Since pickled soups can be found across the globe, the recipe for ogorkowa is likely a Polish variant of the soup. Although it is strikingly similar to Russia’s solyanka, ogorkowa is a simpler version of the dish. Unlike solyanka, a pickle-based soup that includes several types of meat like beef, ham, and sausage, it gets its flavour from its broth and vegetables.

Zupa Ogorkowa is an uncomplicated soup with layers of flavour. I can definitely see myself cooking it for friends when they come over for dinner — it’s a great way to experience international cuisine from the comfort of home.

I got this ogorkowa recipe a few years ago when I was in Poland. At the same time, I got bigos recipe as well.