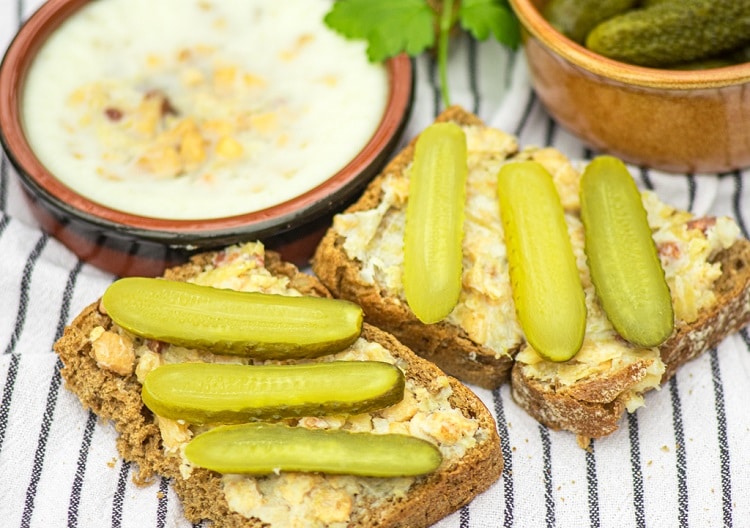 Smalec is a traditional polish dish made of rendered pork fat (lard), bacon, onion, and spices.

Smalec is a traditional Polish dish made of rendered pork fat (lard), bacon, onion, and spices. As with many other traditional dishes, there are countless recipes for smalec. Sometimes you will find it even with unconventional ingredients, such as apples.

How to Eat Smalec?

Smalec is served spread on crusty bread, topped with pickles and a pinch of paprika. My recommendation is to use rye bread, although any other type of bread will be just fine.

Smalec has been a staple food in Polish cuisine for centuries. There is no precise data on when it originated, but it has always been considered the food of the poor. Due to its nutritional value and ease of preparation, it has been a popular dish among the poorer part of society for centuries. It is sometimes called the butter of the poor.

Let’s just mention that organic lard (not hydrogenated) contains less saturated fat, less cholesterol than butter. Besides that, lard is a rich source of vitamin D, and it does not contain trans-fat.

Otherwise, the word smalec itself comes from proto-west Germanic word smalt, which means fat or lard.

Lately, he has been experiencing a real gastronomic revival. In many restaurants and pubs, you will find it as a free starter. It goes great after a few vodkas, and it’s good after a couple of beers.

It is also popular in other national cuisines. In Croatia, Serbia and Slovenia it is known as mast or kruh i mast. Czechs and Slovaks say saddle, Lithuanians say taukai, while in Hungary, it’s known as disznózsír. In Bulgaria it is saysvinska mas, in Romania is untură, and in Germany, it is griebenschmalz. Also, it is inevitably a part of Ashkenazi Jewish cuisine called smaltz.

I first tried this recipe for smalec at a birthday party of my colleague Julita. I must admit it tastes a lot better than it looks, and besides, it goes great with beer. She told me that this smalec recipe is a family legacy that spans through several generations.