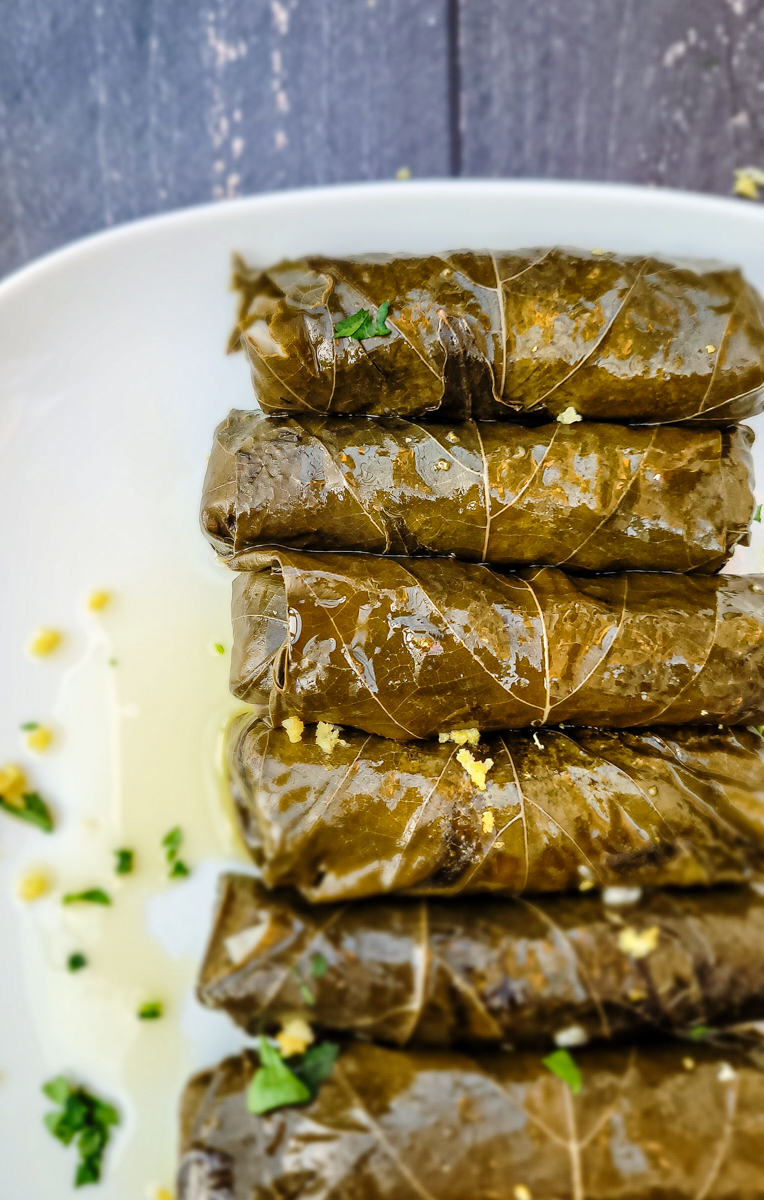 You can eat yaprak sarma at any time of the day, either as a starter or main course.

What is Yaprak Sarma?

Yaprk sarma is a traditional Turkish dish prepared by rolling minced meat or rice fillings in grape leaves. They’re often referred to as sarma and are among the few unique cuisines that both vegetarians and meatatarians can share. The vegan yaprak sarma recipe uses cooked rice and spices such as fresh parsley, pepper paste, and lemon seasoning instead of minced meat. This makes it equally delicious.

The meatatarian recipe can use different types of meat, including chicken and beef. They are usually rolled in cigar sizes, after which they’re steamed and coated with olive oil.

How to make yaprak sarma?

An authentic yaprak sarma recipe is quite detailed and often takes a lot of time to get the ingredients ready. So, if you aren’t prepared, you might want to find a Turkish cuisine restaurant to enjoy them. However, the homecooked sarma tastes better, which is why you got to try it out at home.

One of the key things to note while following a yaprak sarma recipe is the type of grape leaves used. Sultana grape, also called Thompson seedless, offers the best edible leaves to use for preparing sarma. They’re preferred due to their large size, flexibility, great taste, and texture.

Sultana grape leaves can be hard to find at times. If that’s the case and you must taste this Turskih delicacy, you can use other broad palatable grape leaves. The other ingredients are as per your preference and are readily available in your local pantry.

How are Yaprak Sarma Served?

Yaprak sarma is served on a large platter along with olives, taramasalata, fresh tomatoes, roasted eggplant, and hummus spread.

You can eat it at any time of the day, either as a starter or main course. It’s also served during some special occasions in Muslim families, such as Ramadhan, Norouz festival, and Eid al-Fitr.

The idea of yaprak sarma is derived from dolmas, a variety of stuffed delicacies prominent in the Ottoman cuisines. Dolmas were first made in the Alexander the Great era by the Greeks and Turks after soldiers returned from Thebes with cabbage leaves and stuffed vines.  They were later stuffed with veggies and rice to give birth to the recipe.

Yaprak sarma recipe is native to Turkey. The name is derived from the Turkish word sarma, which means ‘wrapped.’  It’s one of the most popular cuisines in the Mediterranean region and surrounding areas.

Yaprak sarma can be found in many other cuisines around the world. In Moldova and Romania, sarma is called sarmale and is usually made from pork, onions, rice, eggs, dill, and thyme rolled in a cabbage leaf. The Serbians have a vegan version that uses cabbage leaves and is often enjoyed during Lent observance.

The Balkans and Croatians also have their variant of the same dish, which they call sarma and is composed of minced meat rolled in sour cabbage leaves. In Hungary, it is called toltott kaposzta which means stuffed cabbage. Interestingly, in some states, they are known as little pigeons. This is the case with Poland [Gołąbki], Russia [Golubtsy], Ukraine [Holubtsi] and the Czech Republic and Slovakia Holubky.

Yaprak sarma recipe is not only a popular Mediterranean cuisine; it has grown in popularity to become a favourite delicacy around the world.  The Iranian variety is called dolme barg mo, yarpaq dolmas in Azerbaijan, and derevi sarma in Armenia. The preparation process can be a little involving, but the rewarding taste and flavour are worth giving it your all.