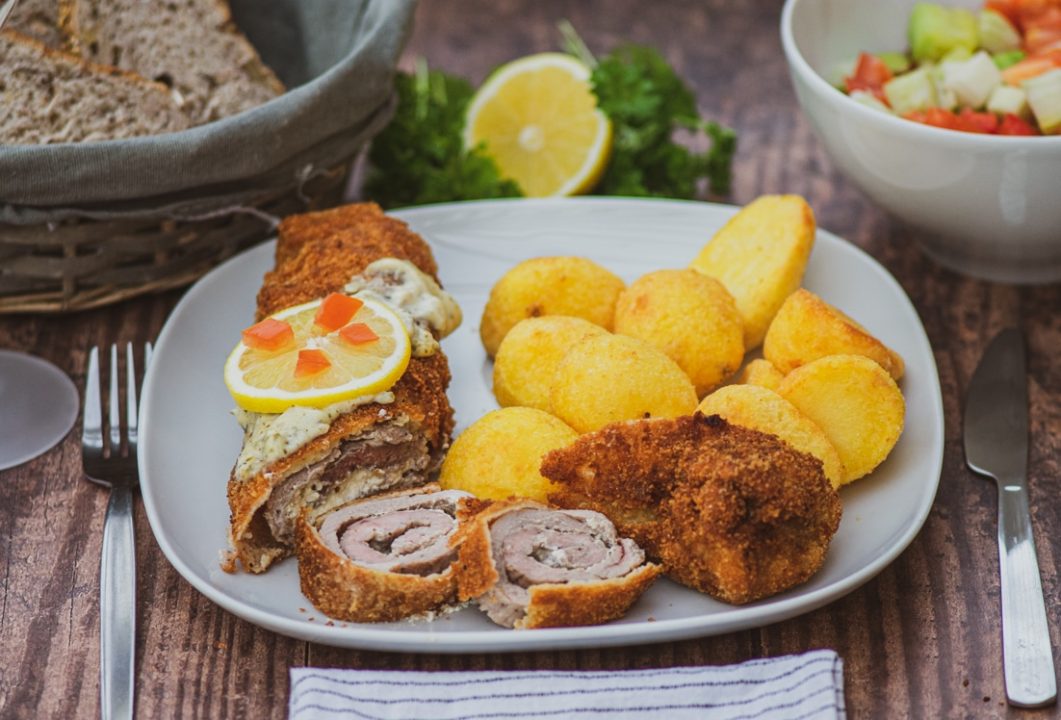 Unlike other traditional dishes, where it is difficult to determine the origin, its origin is very well documented. This is an original dish created by Chef Milovan Mica Stojanovic in 1955, at Belgrade restaurant Golf .

Legend has it that he sought to prepare a Chicken Kiev or Kiev-style cutlet for a Russian lady. However, he didn’t have any poultry (which is the original recipe) so he replaced it with veal. Unsatisfied with the result, he poured over tartar sauce and decorated it with lemon and tomato.

The way of serving resembled the Order of Karadjordje’s Star medal, and thus it was named – Karadjordje’s steak. Some say that Stojanovic named it after Karadjordje, the founder of the royal dynasty of Serbia. named after him the dish would be easier to promote in the country and abroad as well.

Later, it turned out that the Russian lady was actually Tamara Broz’s daughter-in-law of the then President of Yugoslavia, Joseph Broz Tito. It is unknown if she recommended him, but soon Stojanovic became the president’s personal chef. For the next 20 years, he worked for Tito. During that time, he cooked for Churchill, Gaddafi, Sophia Loren, Elizabeth Taylor, and many celebrities of that time.

Soon Karadjordje steak became very popular in Serbia to the extent that it is now considered a classic of Serbian traditional cuisine.

Karadjordje’s steak also has a nickname. It is sometimes called “maidens’ dream” because of a phallic shape.

We found the recipe for Karadjordje’s steak on the internet, written by the author himself. According to his personal recommendation, white wine goes best with it.

Chef Mica says that the rules regarding serving and decorating should also be followed. Steak must be served on an oval plate, decorated with a lemon slice that symbolizes the star, then partially topped with tartar sauce.