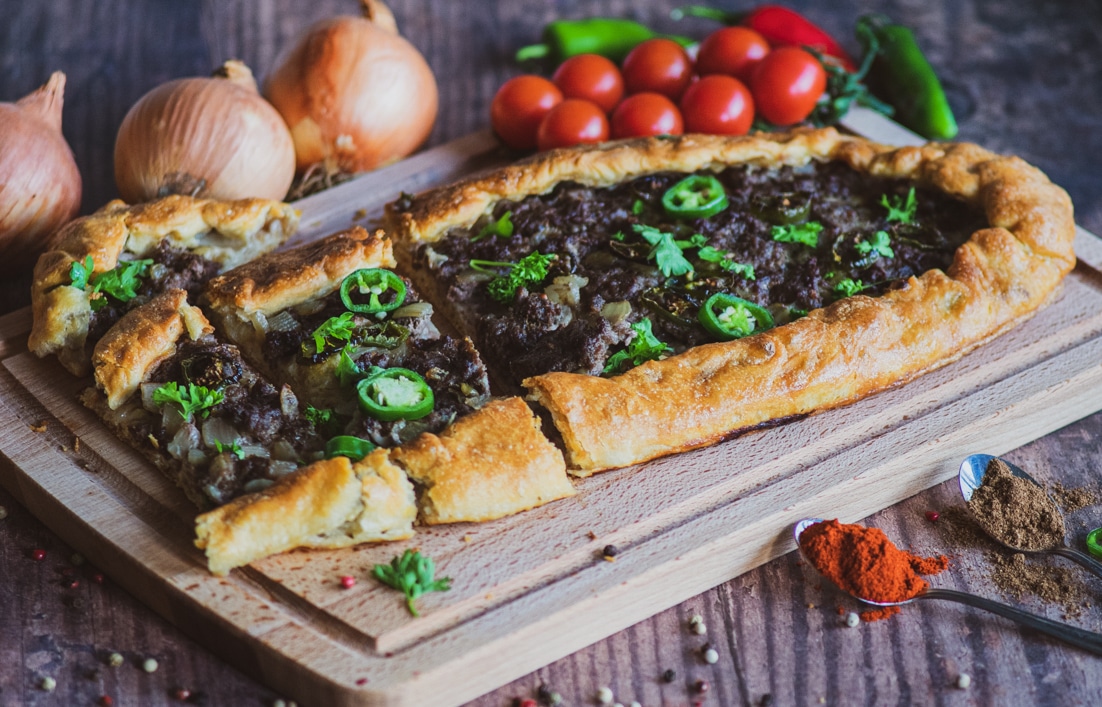 Pide is a traditional staple Turkish dish, usually made of dough with a meat topping.

Pide is a traditional staple Turkish dish. In every city in Turkey, you can find specialist shops, called pideci. The shape of Pide is typically a long and narrow boat-shaped, with folded dough edges.

Pide is usually made of dough with a meat topping. Besides meat, there are other toppings such as cheese and spinach, sudzuka or pastrami. It can often be found with fried eggs on top. There are many variations, which mostly depend on the region where it is made. In the north, closed Pide is made, while in the Mediterranean, smaller pieces are served in one piece. Usually, it is ‘açık’ or open, but it can also be ‘kapali’ which means closed.

Although it is street food, it is often cooked at home as well, especially when it comes to social gatherings and different celebrations.

There are two theories about its origin. The first says that Pide comes from tokolak – flatbread from the Ottoman Empire. Another theory is that it originated after WW1 when Turkey was completely devastated by war. It was a way to make the best use of food leftovers.

It is believed to originate from the Samsun area on the Black Sea coast. The original Pide from Samsun, or as it is called kiymali, is longer in shape and the stuffing is completely wrapped in dough. Today’s form was created afterwards, to make preparation easier.

There is another very similar dish called Lahmacun. Although very similar, there are some differences. The first is in shape, the Lahmacun is rounder and more like pizza. Also, parsley is added to the Lahmacun stuffing in addition to the meat and onions, and it is served with additional vegetable garnish.

Many assume this is a form of Turkish pizza, this is an unwelcomed comment to Turkish culture.

I got my Pide recipe from a Turkish friend from Turkey. Her family has been preparing it this way for generations.

Never heard of this and will look out for it when I visit Turkish restaurants now. It reads so delicious and I’ve had similar spinach and feta cheese open dough bread but with no egg.