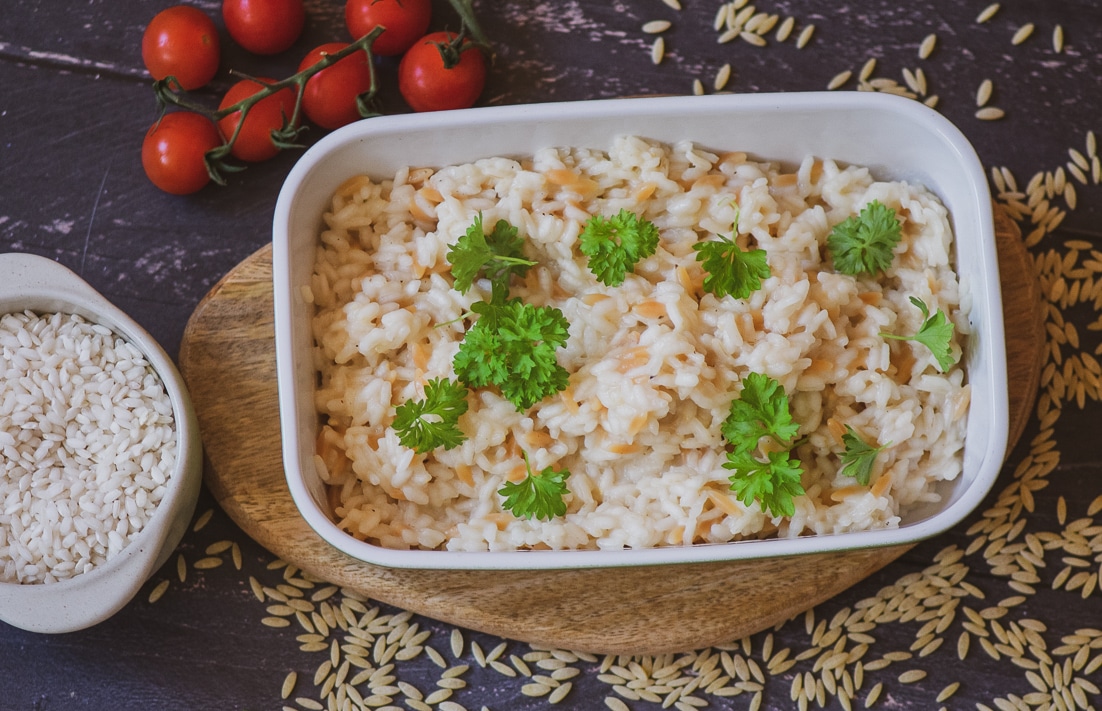 Pilaf or English Pilau is another traditional Turkish dish. Traditionally made from rice and orzo pasta.

Pilaf or English Pilau is another traditional Turkish dish. Traditionally made from rice and orzo pasta.

It is most often served as a side dish with grilled meat, stews, etc. However, as with any traditional dish, there are numerous variations. It is possible to find it with different types of meat and/or vegetables served as the main course.

It can be said that today there are 5 basic “schools” for the preparation of pilaf. These are Iranian, Central Asian, Turkish, Indian and Caribbean.

There are two theories about the origin of Pilaf.

The first says that it originated in ancient India. Pula meaning dish of rice and meat and Pulaka from Sanskrit meaning lump of boiled rice.

Another says that originates from Iran, from which derives the word pilaf. It is general belief it was domesticated there between 1,000 and 500 BC. It would later appear in ancient Greece as well. The poet Archestratus mentions it in his cookbook Gastrology. Even Alexander the Great was served pilaf when he won the city Maracandu or today’s Samarkand. In the 10th century, the Iranian scientist Avicenna (Abu Ali Sina) also documented this dish.

Trade and Arab conquests, especially during the Abbasid dynasty, spread it to Spain. Paella is one form of pilaf, although some theories refute it. Similar dish in today’s Hungary and Poland is “Rys Sumiany”. It was actually brought by the Ottomans during their conquests.

With the discovery and conquest of the New World, pilaf proved to be a very delicious and easy to make dish. It was first brought to Mexico by the Spaniards, from where it spread further into South America. Later, as part of the British Empire, workers from India brought it in the Caribbean. Here is the Indian way of making it connected with European kitchen and a very distinctive Caribbean “school” pilaf emerged.

It is worth mentioning that Pilaf is also known in French cuisine. Larousse Gastronimique, the French encyclopedia of gastronomy mentions it, as well.

This is a recipe for Turkish version, which is very simple, but at the same time well-balanced and incredibly tasty.