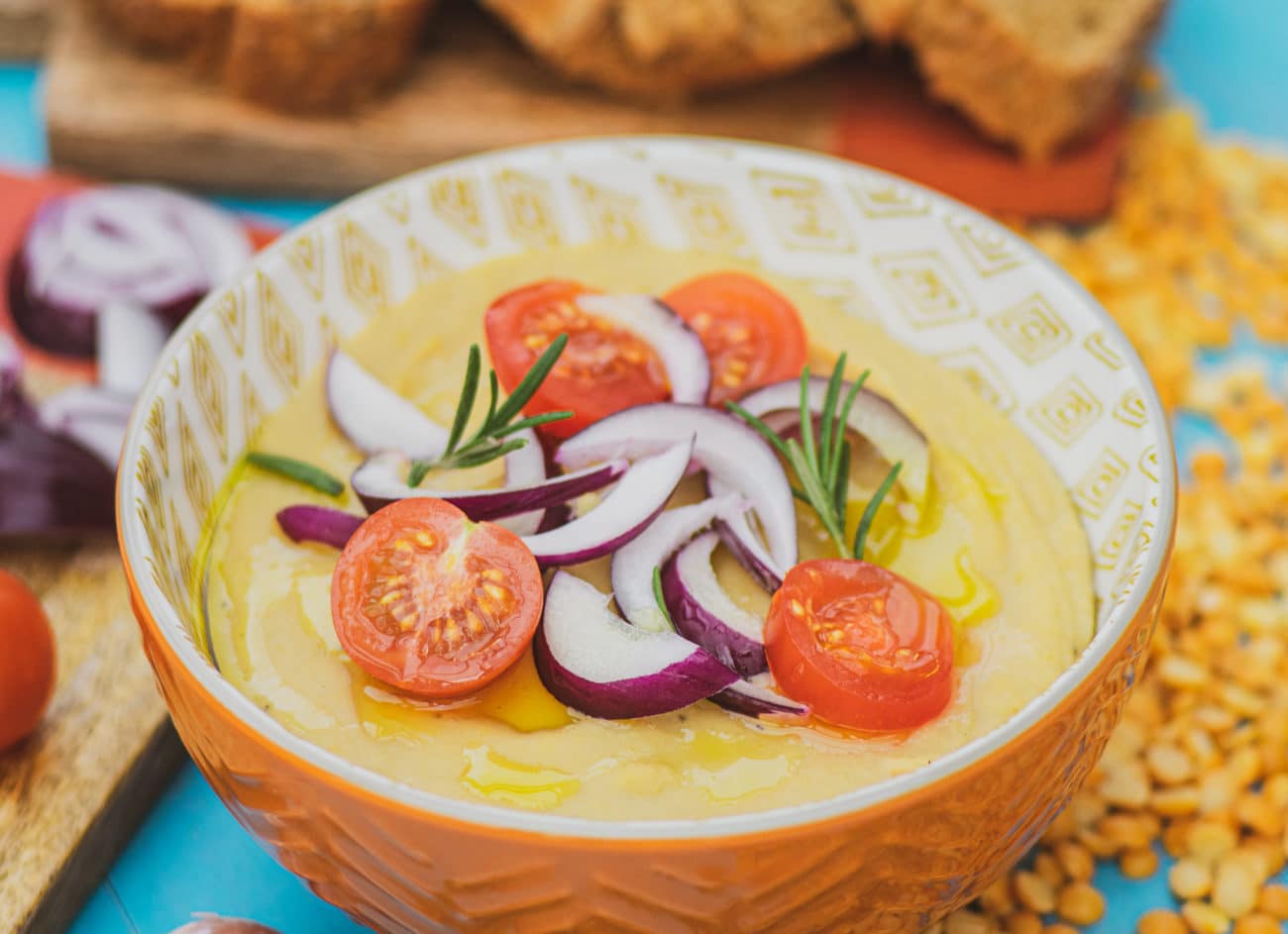 Fava dip is an incredibly tasty, creamy dish, widespread in traditional Greek cuisine. It is a hummus-like dip that can be prepared quickly and easily. Consisting of vegetables only, it is a great choice for vegans.

Fava dip is an incredibly tasty, creamy dish, widespread in traditional Greek cuisine. It is a hummus-like dip that can be prepared quickly and easily. Consisting of vegetables only, it is a great choice for vegans.

The name fava comes from the Latin word favus meaning broad bean. In the beginning, fava was made of broad bean and eventually replaced with yellow shelled lentil, since it is easier to digest. Hence the misnomer.

Yellow lentil from Santorini island is especially popular. Due to the abundance of sunshine and rich volcanic soil, the lentil of the time was recognized throughout Greece, but also beyond. The European Union even awarded it the label of Protected Designation of Origin.

Yellow lentil has been grown there for several millennia. In recent archaeological excavations, the remains of a settlement dating from 1600 BC have been found. As the settlement was destroyed in a volcanic eruption, evidence of life and customs is well preserved. One such insight is the existence of lentil plants.

It is especially popular and common during Lent when people try to refrain from eating meat.

Although fava is indeed an original Greek traditional dish, other cuisines have similar dishes. Hummus is generally super popular in Egypt, Israel, Palestine, and the Middle East. In India, the same thing is with dal, although it is more in the form of soup.

I tried Fava several years ago when I was in Greece, more precisely in Thessaloniki. Although this dish is more common on the islands, it was excellent here as well. I received a recipe for fava from a local seller, who kindly shared his fava secret.

There are no reviews for this recipe yet, use a form below to write your review
Close
Login to write a review
Forgot your password?
Spanakopita Loukoumades
Spanakopita
Loukoumades