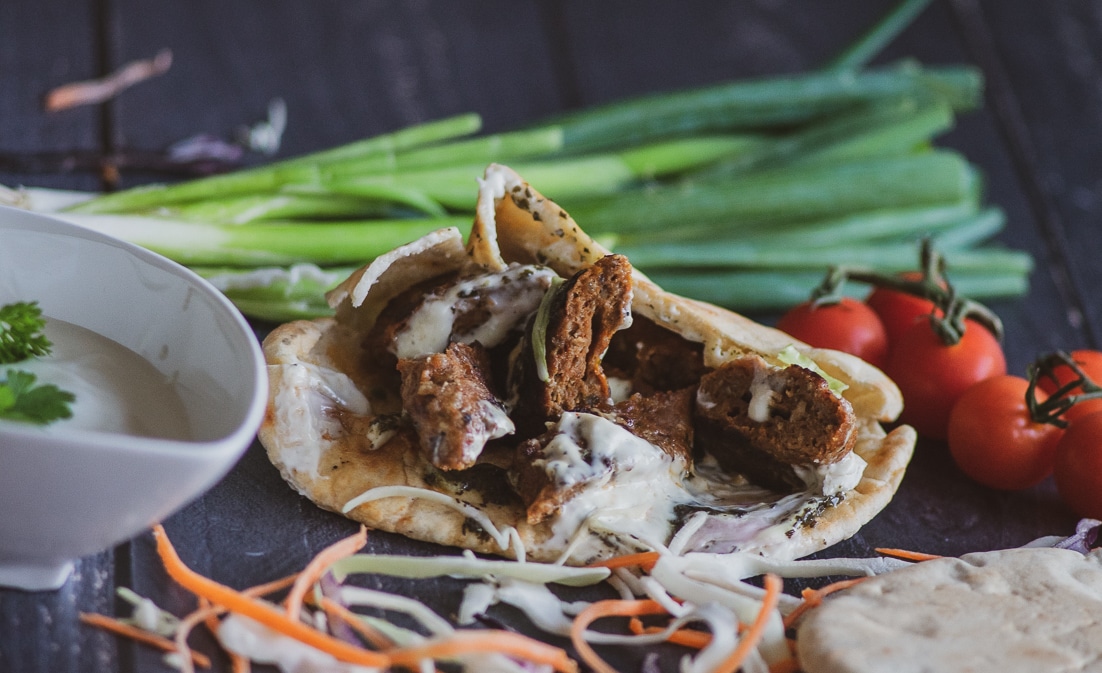 Shish kebab is one of the most famous traditional Turkish dishes. It is widespread in Turkey, that there are numerous variations, depending on the region.

Shish kebab is one of the most famous traditional Turkish dishes. It is so widespread in Turkey, that there are numerous variations, depending on the region.

Traditionally it is made from lamb, but sometimes it comes from beef, chicken, and veal.

The name shish kebab originates from the Turkish words şiş which means sword or skewer and kebap for roasted meat. The first records of şiş as a food tool came from 11th-century Turkey, while kebab was first mentioned 300 years later.

There are numerous theories about its origin, depending on the country. Most likely it was “invented” by soldiers who roasted pieces of meat on their swords by the fire. This explains why it is so widespread across the world but under different names. Even Homer’s Iliad mentions that kind of meal preparation.

However, similar dishes exist in other national cuisines. For example, in the Caucasus and Central Asia shashlik is made. It is interesting to notice; the name also contains shash or shish for a skewer.

In fact, in almost all countries of the former Ottoman Empire, some form of this dish can be found. In Greece and in Cyprus it’s Souvlaki, on the Balkan it’s raznjici, and in Romania is Frigărui.

Etymologically speaking, sis kebab is the name for grilled meat on a skewer. Since it is a very simple and delicious dish, some of its shapes can be found in many cuisines around the world, as well. In Spain, it is Pincho moruno, in Portugal Espetada, in France Brochette, and in Italy Arrosticini.

It is interesting to note that Nobel laureate Sinclair Lewis was the first to use the term shish kebab in English literature. It was in his work Our Mr. Wrenn.