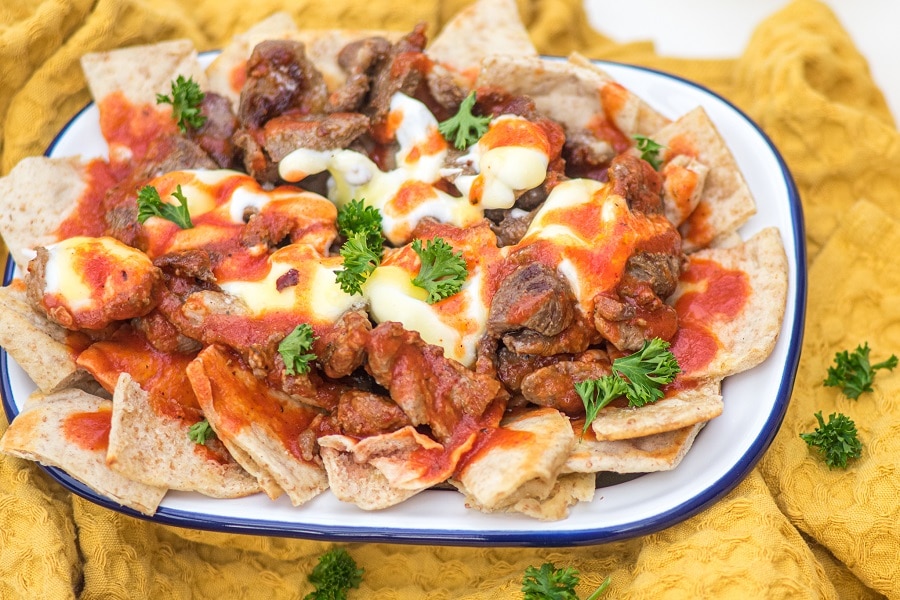 Iskender kebab is a way of serving kebabs. It is served on a pita bread topped with tomato sauce, melted butter and yoghurt.

Although there are at least a dozen types of kebabs in traditional Turkish cuisine, Iskender Kebab is one of the most famous. Of course, besides the doner kebab. However, legend has it that they have a common past. Both were invented by the same person – Iskender Efendi. Iskender Kebab is even named after him.

In fact, Iskender kebab is a way of serving kebabs. It is served on a pita bread topped with tomato sauce, melted butter and yoghurt. Very often served roasted with green chilli peppers.

According to legend, it originated in the late 19th century, from the city of Bursa, the former capital of the Ottoman Empire. There, the Iskender Efendi family ran a family restaurant, and he suggested to his father an innovation. He proposed baking meat vertically. This is how doner kebab was created and the rest is history.  You can read more about doner kebab history on my other blog post.

Iskender kebab has maintained its popularity to this day. Although it is a speciality from the Marmara region, today it can be found in restaurants throughout Turkey. You can sometimes find it on restaurant menus under the name Bursa kebabi or Uludağ kebabı.

Let us mention that the same restaurant where doner and Iskender kebabs were invented still operates in Bursa today.  It is owned by Iskender Efendi’s descendants. Besides that, in Bursa, you can find several other restaurants with a decades-long tradition of preparing this mouth-watering speciality.