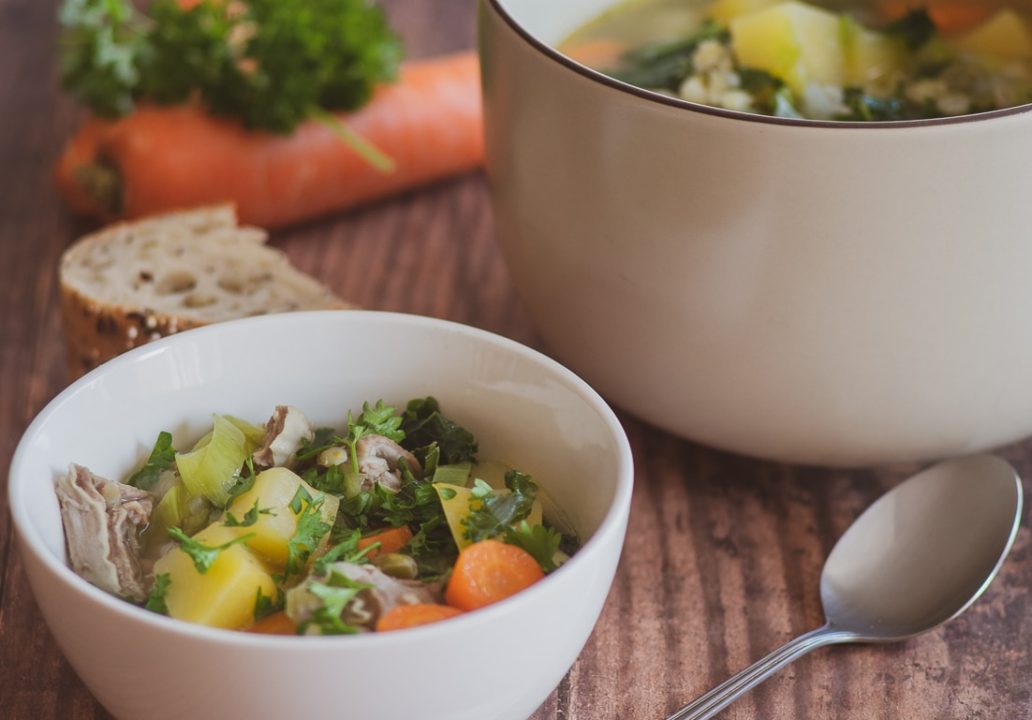 Scotch Broth is a traditional Scottish dish, usually made from meat, mostly fatty and cheaper, rooted vegetables and dried pulses.

Scotch Broth is a traditional Scottish dish. It is often referred to as “Scotland’s National Soup” or “Pot Au Feu of Scotland”.

At the end of the 18th century, Scotch Broth was mentioned in the most famous work of James Boswell, “Life of Samuel Johnson”. In it, he writes that Dr Johnson, author of A Dictionary of the English Language, is very fond of eating Scotch Broth.

Like other traditional dishes, there are countless variations of this dish. Although the basic ingredients are meat, mostly fatty and cheaper, rooted vegetables and dried pulses, it is possible to find varieties without meat.

Scotch Broth has become so popular in the last few decades.  Today it is possible to find it in a can in grocery stores.

Normally, it is served as a main dish, usually during the winter.