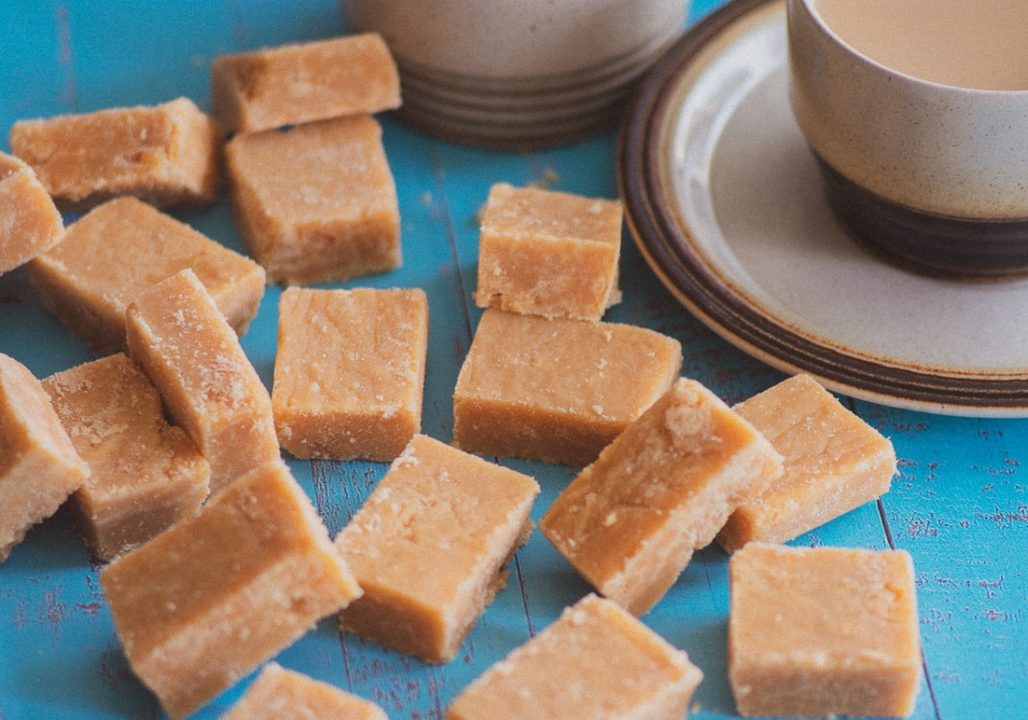 Scottish Tablet or ‘Taiblet’, in Scots, is a traditional Scottish confection made from sugar, butter and condensed milk.

Scottish Tablet or ‘Taiblet’, in Scots, is a traditional Scottish confection made from sugar, butter and condensed milk. It can also be found under the name of the ‘Swiss Milk tablet’ since condensed milk is sometimes called Swiss Milk.

Usually, it is flavoured with vanilla, and sometimes whiskey and nut pieces. However, whatever that goes into it, the tablet is a sugar bomb.

It is not officially known from where  Scottish Tablet originates. However, the first record of it dates back to the early 18th century from The Household Book of Lady Grisell Baillie. As is the case with other recipes in old cookbooks, this one is quite modest. It consisted only of sugar and cream.

It is sometimes mistakenly considered that Tablet is some kind of fudge. However, there are significant differences in the texture and ingredients. Unlike fudge which is much softer, Tablet has grainier and brittle texture.

A very similar to Tablet are Sucre à la crème from Quebeck, Borstplaat from the Netherlands and Barfi from India.