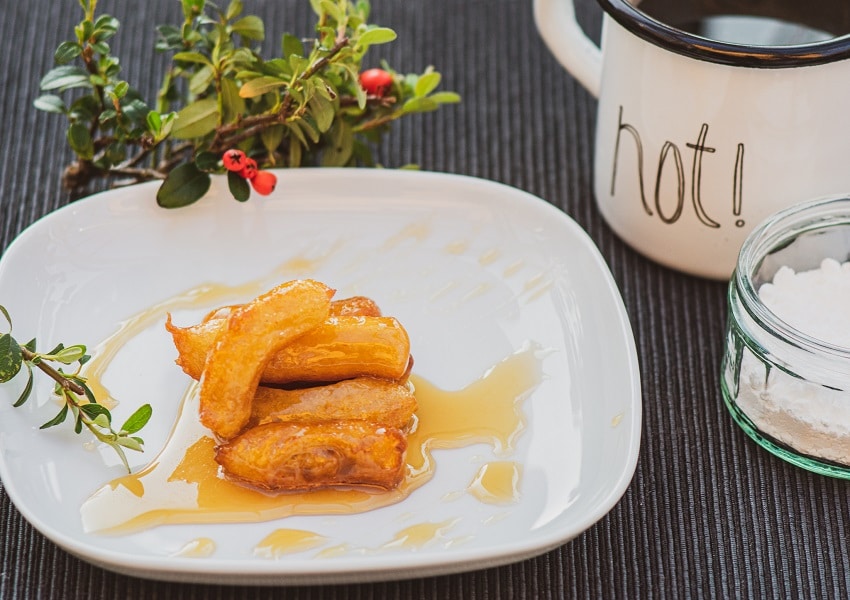 Traditional Bosnian cuisine is known for sweet delicacies and tulumbe are one of the most popular. Recipe for tulumbe is quite simple and incredibly tasty.

Traditional Bosnian cuisine is known for sweet delicacies and tulumbe are one of the most popular. Because few of them are served, it is common to call them tulumbe which is plural of word tulumba. Recipe for tulumbe is quite simple. It is actually a small piece of deep-fried dough dipped in sugar syrup, called agda.

They are prepared using the pastry bag, to receive a star shape, hence their name. Namely, a party in Turkish means a pump. To be perfectly precise, a party is a Turkish version of the Italian word tromba. It is always fascinating to me how languages and food have connected people for centuries.

In Bosnia, they are considered a traditional dish, but like many other home-cooked sweets, they came with the Ottoman conquests. They were an integral part of Ottoman cuisine, and they are still an immensely popular delicacy in Turkey today.

However, it is believed that recipe for tulumbe from the area of today’s eastern Mediterranean and the Levant. It is important to know that the Ottoman Empire served as a fanatical gastronomic medium. On the peak of the power, it stretched over North Africa, Levant, Arabia, Central Asia, Greece, Balkans and Central Europe. Thanks to this and the developed trade, gastronomic delicacies travelled seamlessly from one end of the empire to another. And it is not difficult for people to recognize what tastes good and to accept it. Therefore, today in the present-day countries which were a part of the empire, you can find similar or even the same dishes.

Except in Turkey and Bosnia, you can find tulumbe in Albanian, Macedonian, Bulgarian, Armenian Greek and Cypriot cuisine. Identical or remarkably similar dishes exist in other countries. Let’s just mention churros in Spain, bamiyeh in Iran, or balah ash-sham in Egypt and Arabian Peninsula.

Today tulumba indispensable delicacy on home tables throughout Bosnia. You will also find them on the menus of almost all restaurants offering traditional Bosnian cuisine.

This recipe for tulumbe is from one of my wife’s colleagues from university. She is originally from Bosnia, and apparently, she knows how to make tulumbe.