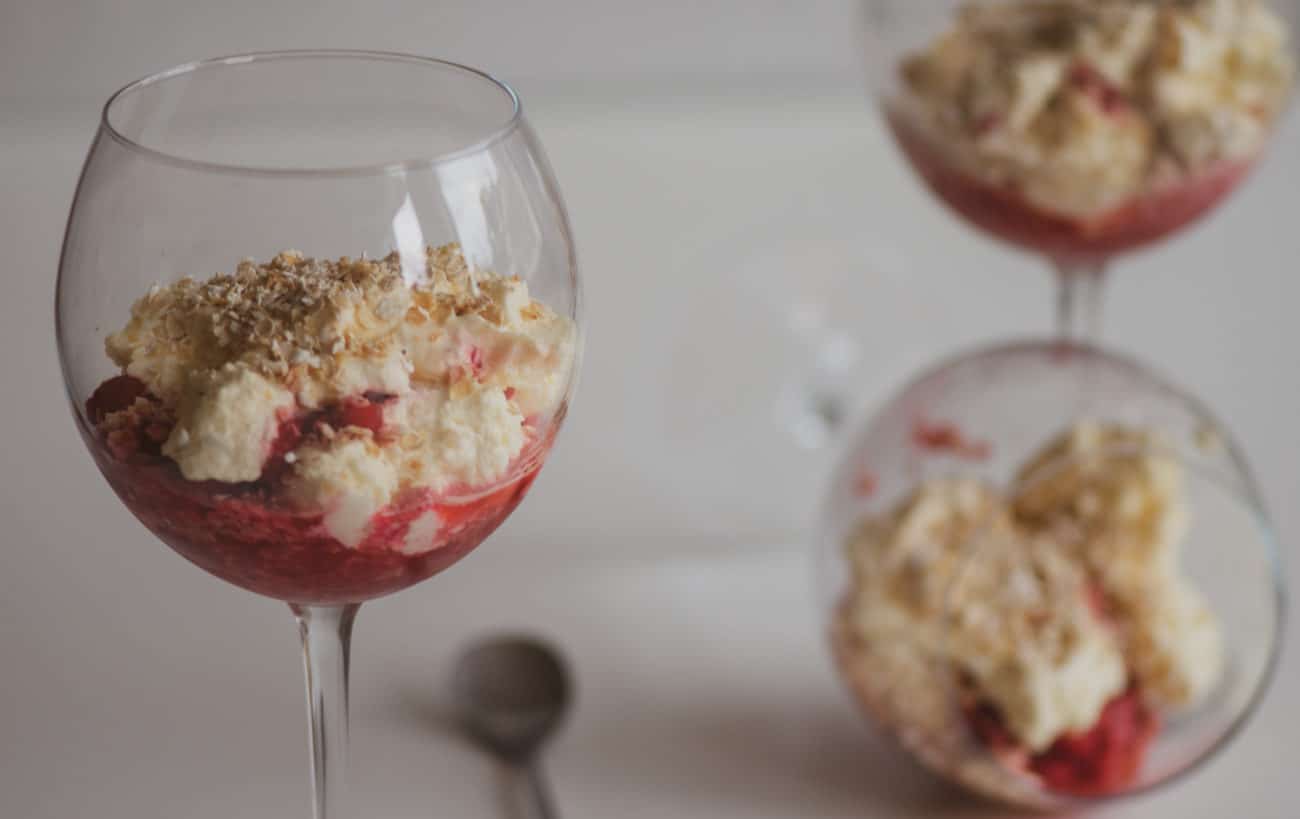 Cranachan is a traditional Scottish dessert made from raspberries, cream and oatmeal with the addition of whiskey and honey.

Cranachan is a traditional Scottish dessert made of raspberries, cream and oatmeal with the addition of whiskey and honey.

The word Cranachan comes from the Gaelic word, meaning “churn”. In some parts of Scotland, it is known as the cream crowdie.

As a dessert, it is very popular today, and can often be found on menus in restaurants across Scotland. It is also, an integral part of the dinner which is served at the Burns Supper.

However, its origin is somewhat modest. In the first records, cranachan appeared as a meal in the celebrations of the harvest.

Crowdie – a traditional Scottish cheese was used as a basis. Since the season of raspberries starts in June, they were added to the traditional crowdie breakfast. Double cream comes later, and somewhere fresh cheese is added today.

In these recipes, it wasn’t as rich, and it was served without whiskey, and raspberries were just an option.

Although raspberries are traditionally an integral part of cranachan, it is possible to find versions with other fruits. It is not unusual to see cranachan with orange, chocolate or even rum.

Cranachan is usually served in tall glasses, but the traditional way to serve it was a little different. On the table was placed each ingredient individually, and everybody could compile their own dessert to taste.