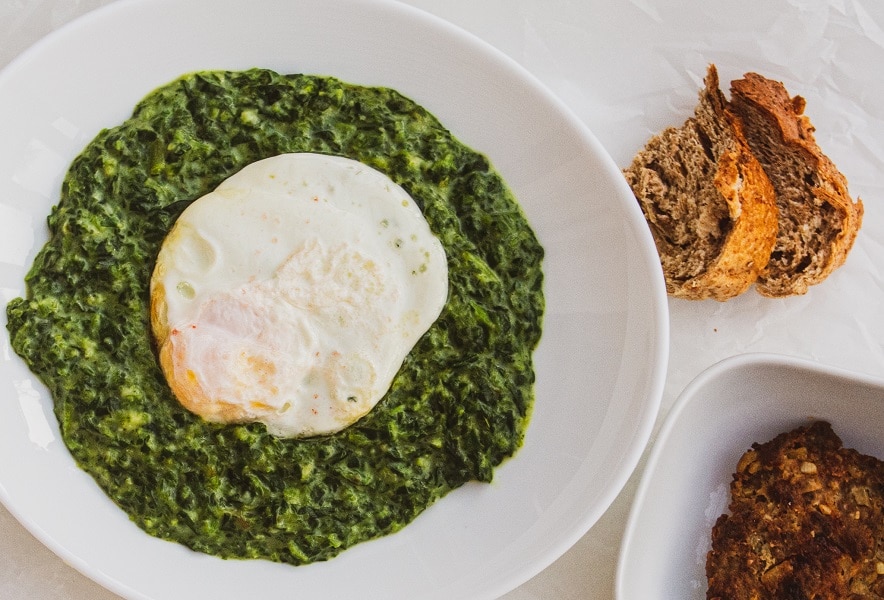 Fozelek (Főzelék) is a traditional Hungarian boiled vegetable dish. It is made from almost all kinds of vegetables; therefore one can find countless varieties.

Fozelek (Főzelék) is a traditional Hungarian boiled vegetable dish. It is made from almost all kinds of vegetables; therefore one can find countless varieties. This is a special category of dishes that is something between soup and stew. Their common denominator is that the vegetables are cooked and then thickened with sour cream or roux.

Being made of different kinds of vegetables comes under different names. Let’s mention babfőzelék (beans), borsófőzelék (peas), krumplifőzelék (potatoes), finomfőzelék (peas and carrot), kelkáposzta-főzelék (savoy cabbages), babfőzelék (beans). There are many, many more. Alongside vegetables, spices and herbs are added to such as bay leaf, black peppercorn, pepper, garlic, parsley, dill or vinegar.

The name comes from the word főz (“cook”) and the suffix – (a / e) lék indicating the result of the verb. In other words, Főzelék means “made by cooking”.

The very word Főzelék was first mentioned in the 16th century, but not with current meaning. Miklós Kis Tótfalusi 1695 published the first Hungarian cookbook, describing a whole range of dishes that fit today’s fozelek, but he doesn’t call it that. It was first mentioned in writing in 1840 in István Czövek’s National Cookbook. Let’s just mention that there are 97 different varieties of fozelek.

Főzelék is served as a dish for itself and sometimes as a side dish for meat. Therefore, you can often find it served with sausages, meatballs, eggs, fried chicken or any other type of meat.

Although it is a simple dish for home dining, but in the last decade it is experiencing its revival. Namely, it has been recognized by chefs and is now on the menus of many restaurants. Traditionally, fat is one of the basic ingredients, but lately vegan versions, made with vegetable oil, have become very popular.

I got this fozelek recipe from my friend Janika from Pecs. Like me he is a big food lover, and this is his favourite.