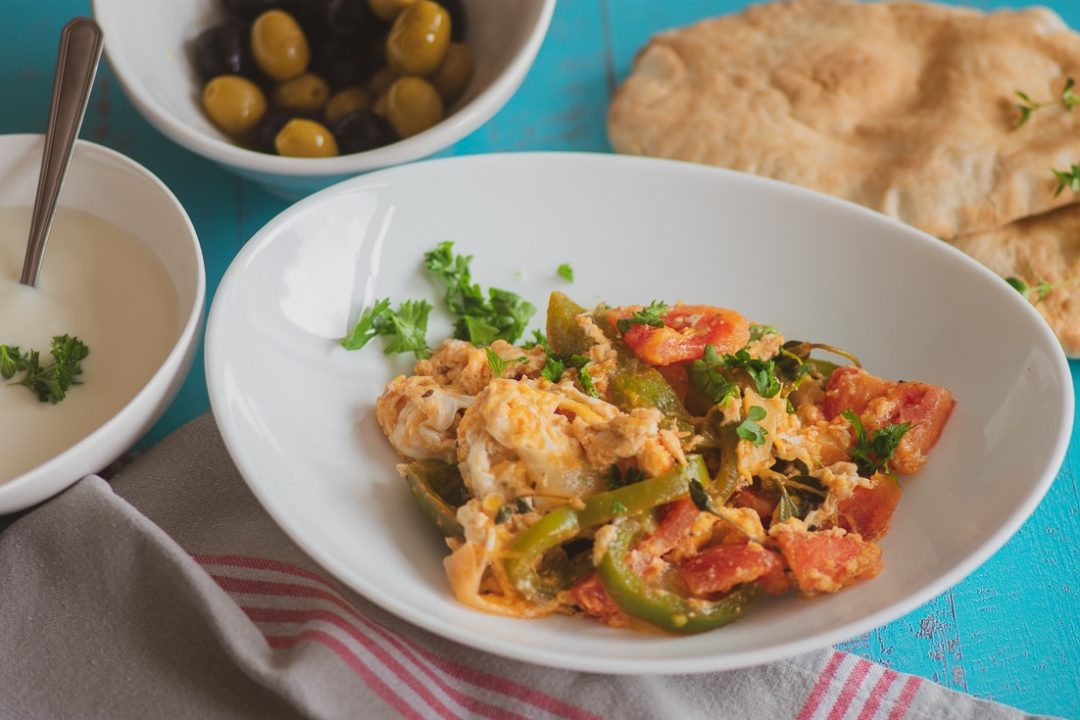 Menemen is a traditional and widespread Turkish dish most often made from eggs, peppers and tomatoes with the addition of different spices.

Menemen is a traditional and widespread Turkish dish. Usually, it is made from eggs, peppers and tomatoes with the addition of different spices. However, like any traditional dish, it comes in different shapes and forms.

In addition to these common ingredients, a variant with onion is also common in some places. The debate over whether the onion is an integral part of the Menemen or not has gone so far that journalist and food critic Vedat Milor conducted a poll on the issue on his twitter profile. This issue aroused great interest and more than 430,000 people participated in the survey. The result was very divided with 51% of responses for onion and 49% without.

Since I love onion a lot, I also consider myself pro onion party in this debate.

In addition to onion, in some versions and parts of Turkey, other ingredients can be found. It’s not uncommon to see suduk (spiced beef sausage), pastirma (air-dried cured beef) or even a minced lamb. In some versions, cheese is added, for a more intense and richer taste.

Menemen is a very similar dish to Shakshouka, which is a quintessential dish in Arab and Middle Eastern cuisine. However, similar dishes also exist and other countries of the world. For example, in Italy, there is widespread dish Ova’ mpriatorio or in literal translation, it would be eggs in purgatory. In Spain, it is very similar to Pisto Manchengo. It is made with the addition of aubergine, and egg separately baked and added to the top of this dish.

According to some historians, all these dishes originate in Menemen. The dish itself is named after a region in Turkey, so it seems logical that its origin should be traced here.

In traditional Turkish cuisine, Menemen is served as breakfast, mostly with flatbread. They are also served with yoghurt supplements.

There are no reviews for this recipe yet, use a form below to write your review
Close
Login to write a review
Forgot your password?
Dundee Cake Köfte
Dundee Cake
Köfte