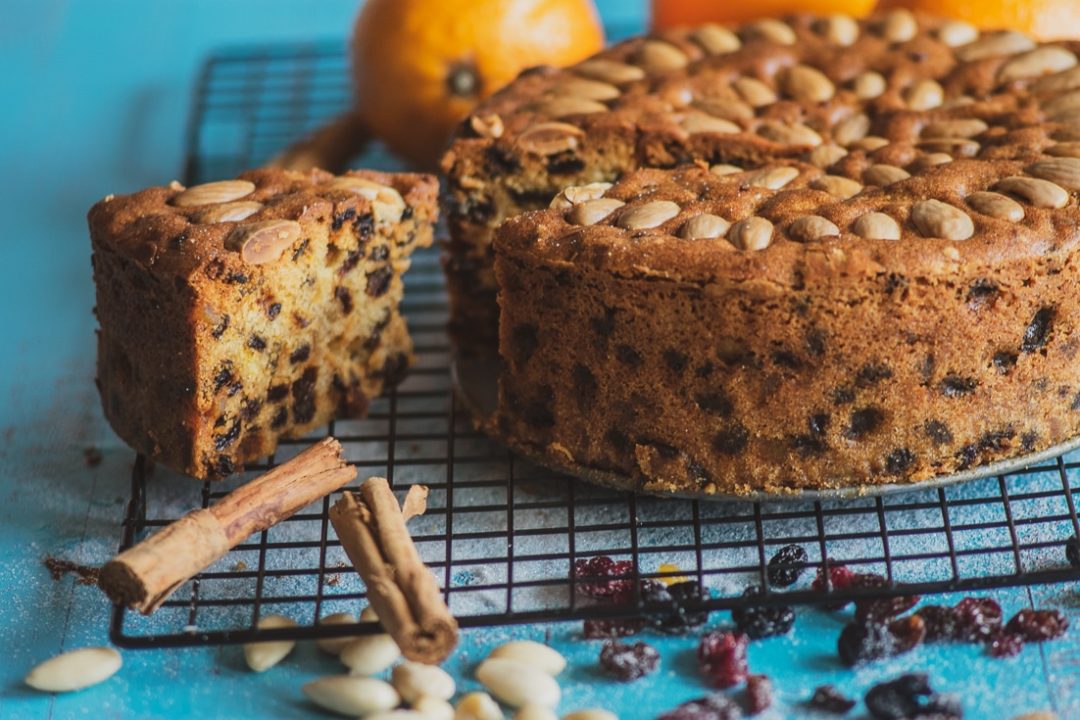 Dundee Cake is one of the most famous traditional Scottish cakes. Usually, it is being made using almonds, currants, sultanas and a wide range of spices.

Dundee Cake is one of the most famous and widespread traditional Scottish cakes. Usually, it is being made using almonds, currants, sultanas and sometimes cherries, alongside a wide range of spices.

Officially it first appears at the beginning of the 19th century, in the city of Dundee, whence its name. Unlike most traditional dishes, which have been created and preserved for generations in the folk tradition, Dundee Cake is different. It was produced and launched by the company Keiller’s marmalade from the city of Dundee.

However, it is considered that a similar cake has been produced a few centuries before. One of the legends states that Mary, Queen of Scots is partly responsible for its occurrence. According to the legend, she did not like the cherries that were commonly put on the fruitcakes of that time. In order to satisfy her desires, local baker used almonds instead of cherries in the characteristic form we know today.

Whatever the legend of Queen Mary, cherries still can be found as an ingredient in some variations of the pie.