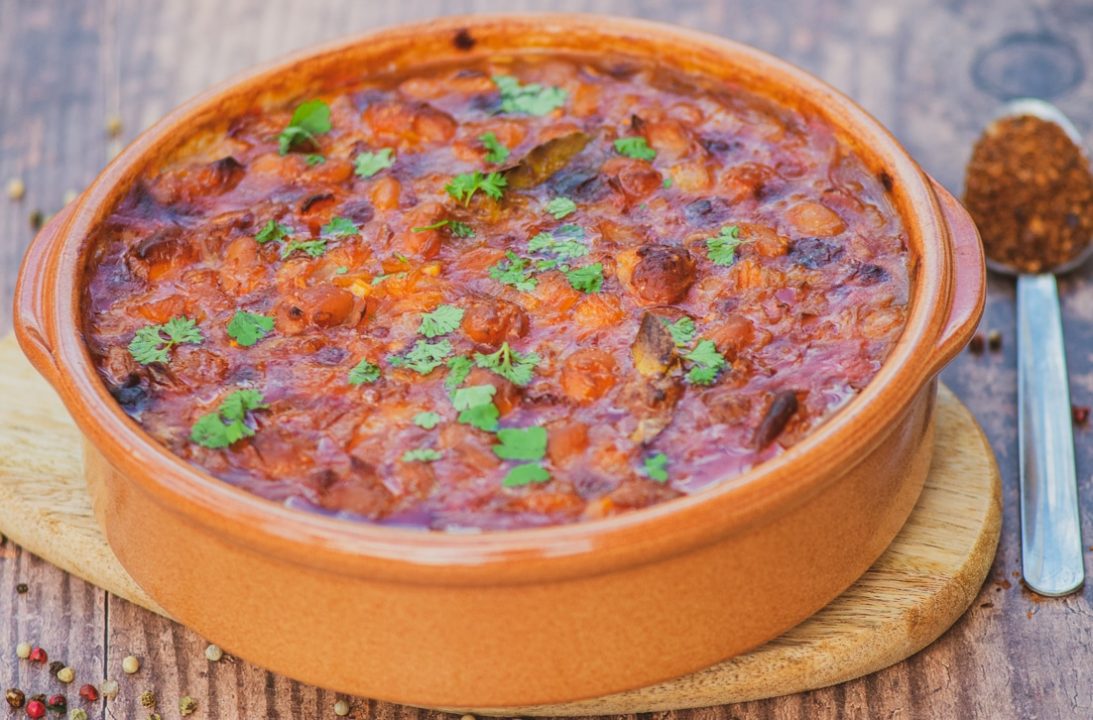 Prebranac or baked beans is one of the most famous and popular dishes in Serbia. In almost every gastronomic guide through Serbia, you will find prebranac marked as a dish you must try.

It is an incredibly tasty dish that is very simple and quick to make. It is made from beans, onions, garlic, paprika, with the addition of salt and pepper.

Due to its composition and taste, it is very popular among vegetarians. In its original form, no meat goes into it. However, like with all the traditional dishes, there are countless variations. Some of them include meat, such as smoked bacon, sausages, etc.

The name prebranac came from the words prebrati ili prebirati (to pluck, to plunk). It is a dish that looks nice only when all the beans are the same size and the same kind.

It is widely accepted that it was created by the farmers during the long winters. Today it is a common meal during the holidays, such as Christmas Eve and Patron Saint Day.

It is also believed that the beans were brought to Serbia by the Turks, most likely in the 17th century. Let’s not forget that beans are a plant of the New World and until the 16th century were unknown in Europe. There are similar dishes to Turkish cuisine today. And not just in Turkey. In neighbouring Macedonia, there is a very popular dish gravce na tavce – very similar to prebranac.

Likewise, there is a dish called Cassoulet in French cuisine. Although similar to prebranac, Cassoulet is a much more complex dish that includes meat and more vegetables.

It is interesting to note that in Serbia there is the saying “simple as beans”, which has the same meaning in English as “easy as pie” and French “simple comme chou”.

You can serve it warm or cold, as a standalone meal or as an addition to other dishes. Personally, I prefer warm, freshly baked prebranac with pljeskavica – another traditional Serbian dish.

I got this recipe a few years ago when I was in Niš, a city in southern Serbia.

Bake for 45 hours?
You mean 45 minutes I guess or it would be rather dry