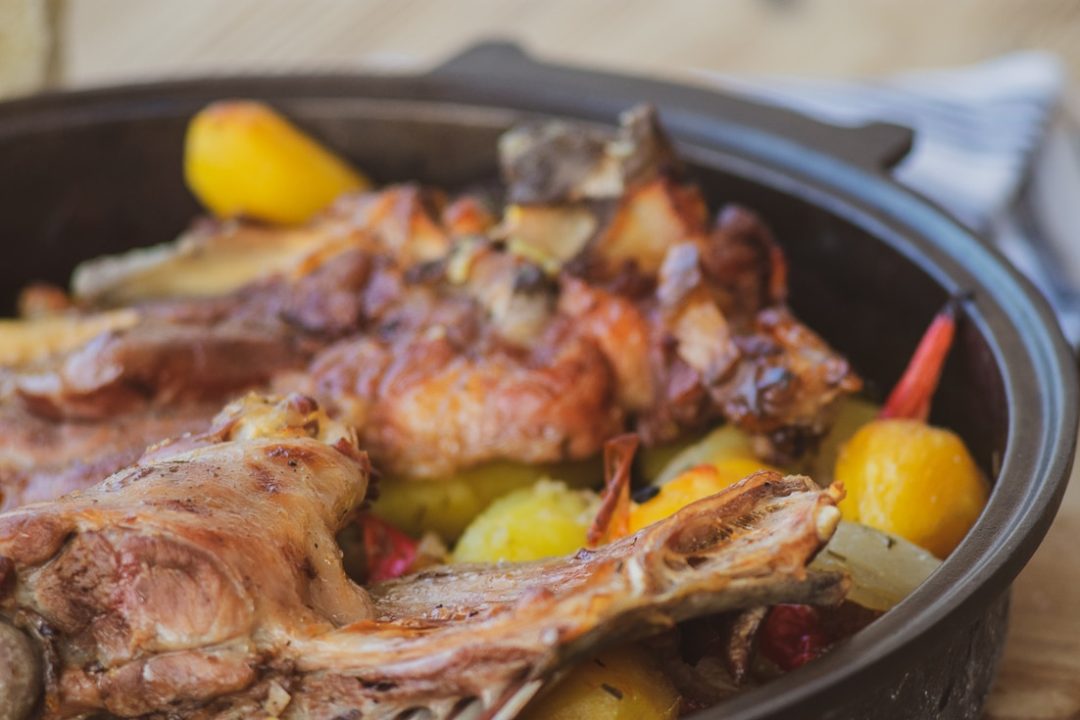 Peka is one of the most famous dishes of traditional Croatian cuisine. The speciality of Peka is that it is prepared in a special baking tray.

Peka is one of the most famous and widespread dishes of traditional Croatian cuisine. The speciality of Peka is that it is prepared in a special baking tray. Actually, it’s after the tray – the dish got its name. It is a shallow circular bowl, which is covered with a wide bell. On that bell wooden embers are placed on top and around the bowl.

Like any traditional dish, there are numerous variations of ingredients. Usually, it is made of meat (veal, lamb) or octopus, potatoes, vegetables, spices and herbs.

It is ubiquitous in almost all parts of Croatia, so different names are used according to the region. Thus, we can find it under the name of peka, šač, čripnja, lopiž or pokrivac.

Peka is basically an effortless dish. It is made by putting meat, potatoes and spices together in a clay or iron pan. Everything is covered with a large dome and wooden embers are then placed on top and around the dome.

In this way, the meat and vegetables are first cooked and then baked in their own juices. The result is an incredibly well-paired and natural taste. For this reason, I consider Peka to be one of my favourite Croatian traditional dishes.

The history of Peka has been associated with this region for millennia. There are archaeological remains from the eastern part of Croatia with clay Peka pots over 5,000 years old. It is believed that through history they have kept baking in the region thanks to the Illyrians, the natives before the Great Migration.

Although they were under the rule of Rome, they did not accept the Roman baking furnace. They remained to prepare their meals in this way. Of course, delicious food has always been preserved throughout history, and so has the case of baking.

The Ottoman Empire brought one innovation for Peka. Specifically, they introduced a cast-iron Peka.

Today, baking in Croatian gastronomy is an integral part of any traditional restaurant. Most often it is made from veal and/or lamb, potatoes, other vegetables and herbs. In the coastal part of Croatia, it is often possible to find an octopus prepared in this way.