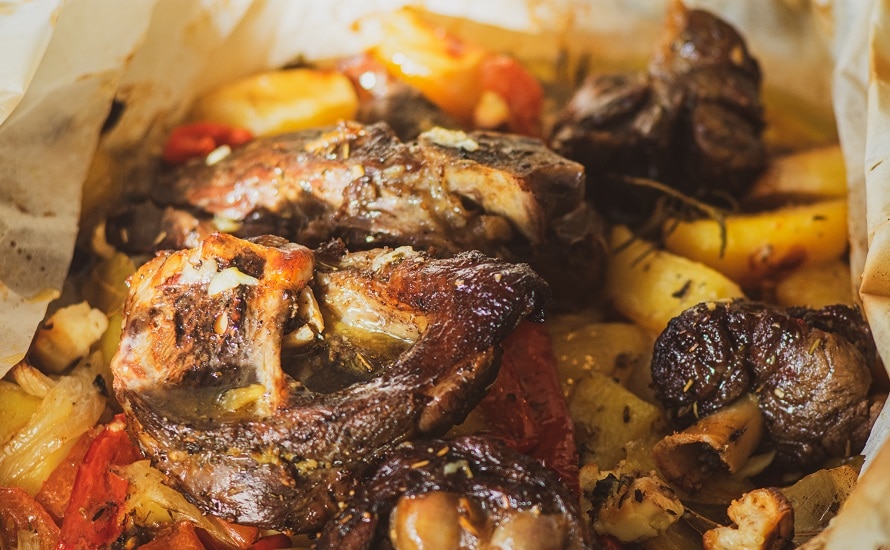 Kleftiko is a traditional Greek slow-cooked stew, usually made from lamb, potatoes, hard cheese and Mediterranean herbs. Interestingly, kleftiko shares the same source with more familiar terms such as kleptomania or kleptocracy. Before we take you through the authentic Kleftiko recipe, let’s find out a little bit about its origin.

Besides being a mouth-watering dish, the legend of how kleftiko originated is also interesting. It is named after Klephts, which literally means thief i.e., kléptein in Greek means to steal. There are multiple theories of how Kleftiko originated. Some of these are as follows:

The Klephts Theory: The Greek Legend

The Klephts, under Ottoman rule, were brigands who lived in the Greek countryside. Mostly they were anti-Ottoman insurgents, descendants of Greeks who retreated to the mountains in the fifteenth century to escape Turkish rule. The name of the dish itself could be translated as “in the style of the klephts”.

The Cyprus Theory: The Cypriot Legend

According to another theory, this dish was made in Cyprus during the 19th century, also at the time of the struggle for liberation from Turkish rule.

To survive, both Greek and Cypriot, Klephts stole, lambs or goats from local shepherds. The meat was prepared in holes in the ground that were sealed with mud, so that smoke could not be seen. Hence the custom of preparing today by wrapping the ingredients in baking paper.

Wherever kleftiko really originated, it is an irrefutable fact that it quickly became very popular and settled in traditional Greek cuisine. Apart from lamb, there are variants with goat or even with pork called exohiko.

With kleftiko, we strongly recommend serving Greek salad. One goes well with another. If you want to learn to make it, do check out our our specialized recipe.

This recipe for kleftiko as well as many other Greek recipes I got from my friend Kostas when I visited Thessaloniki.

Below steps will help you make this mouthwatering Greek delicacy with ease. So try it out and let us know in the comments how it turned out for you.