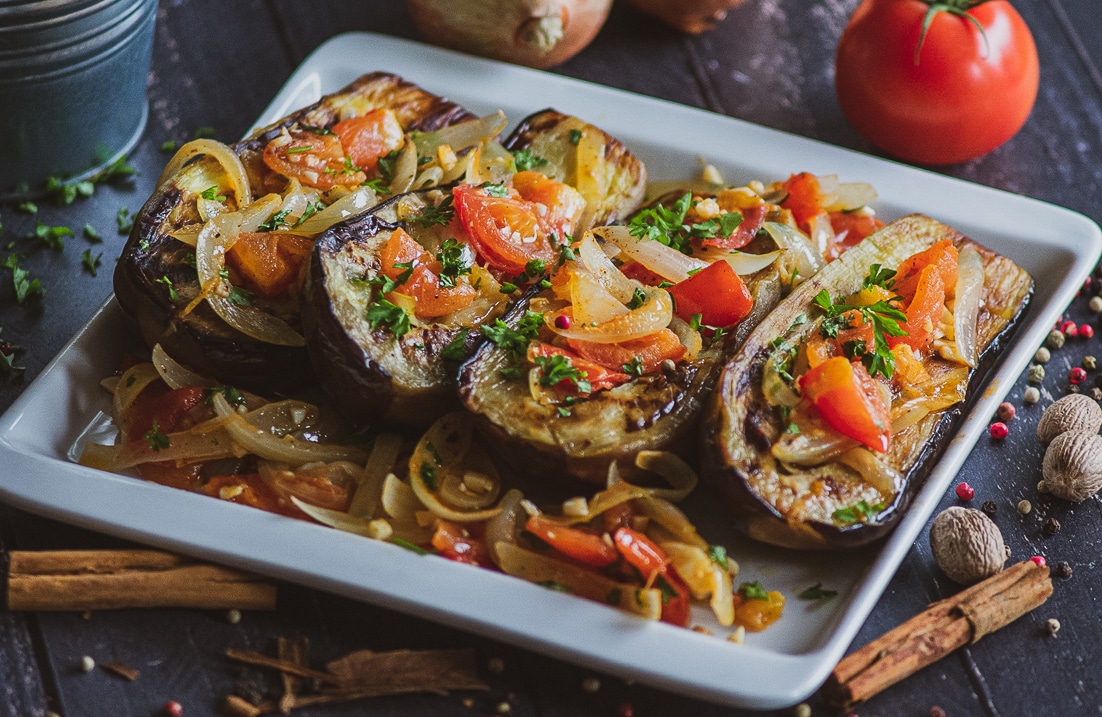 Imam Bayildi is a traditional Turkish dish made from eggplant stuffed with vegetables and topped with olive oil. The stuffing is mostly made from tomatoes, garlic, parsley, onions and herbs.

Imam Bayildi is a traditional Turkish dish made from eggplant stuffed with vegetables and topped with olive oil. The stuffing is mostly made from tomatoes, garlic, parsley, onions and herbs.

It can be served hot or cold and is most often served as an appetiser or part of an appetiser mix called meze.

Imam Bayildi is not habitual dish only in Turkish cuisine. An almost identical dish, even under a similar name, can be found in Armenian, Greek, Albanian, Macedonian, Bulgarian, Israeli cuisine and in the Arab world.

The origin of this dish, as is usually the case with traditional recipes, is not entirely clear. However, it is thought to have originated sometime in the 17th century.  The name of the dish itself is fascinating.

It translates as “Imam fainted” or even better “Imam swooned”. There are two different but similar legends about the origin of the name.

The first one says that a local imam (cleric) got married and when his wife prepared this meal, he passed out due to pleasure.

The second version says, was that he also got married, but he didn’t know his wife was a great cook. She brought 12 jars of finest olive oil as the dowry. She prepared this dish for him, and after tasting it, he was delighted and was looking for more. For the next eleven days, she made him the same meal. On the thirteenth day, he was not greeted by his favourite eggplants. The reason was that all the olive oil had been consumed. When he found out, the imam fainted, realizing the value he had spent in 12 days.

The Turkish language is actually full of these witty ambiguous phrases and sentences.

Now I understand why imam fainted. This dish is amazing, but you will use a lot of olive oil.