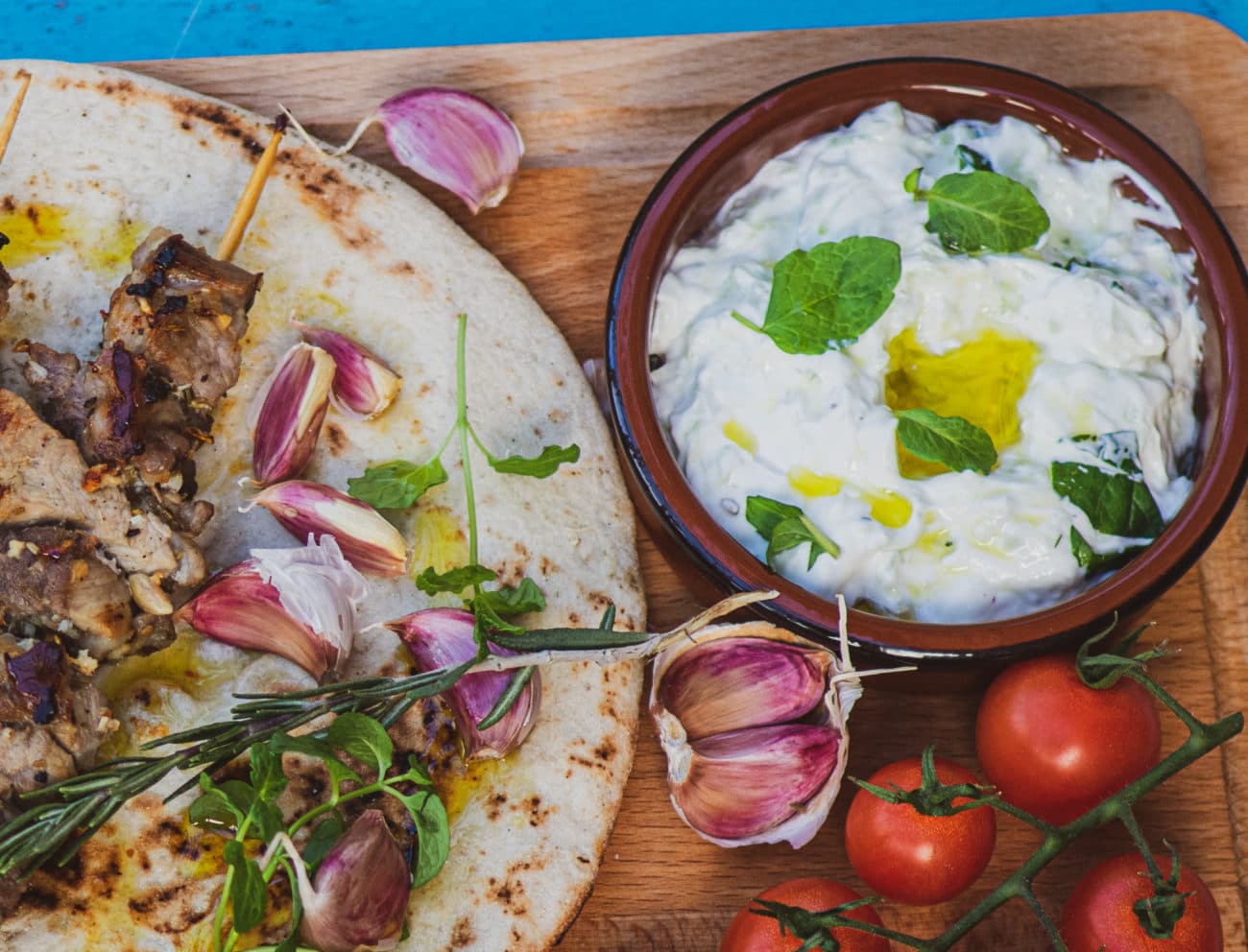 Tzatziki is certainly the most famous sauce or dip in Greek traditional cuisine. It is an incredibly delicious and refreshing sauce that can be made very quickly and simply.

Tzatziki is certainly the most famous sauce or dip in Greek traditional cuisine. It is an incredibly delicious and refreshing sauce that can be made very quickly and simply.

Traditionally, Tzatziki is made of Greek-style (thick) yoghurt, cucumbers, garlic, olive oil to which is added herbs like dill, mint and parsley. In some variants lemon juice, vinegar or other herbs like thyme or cilantro are added.

Tzatziki is served as a side dish, usually with meat dishes, such as souvlaki. Also, it can be found as an appetizer on meze – a selection of small dishes served as appetizers.

It is difficult to ascertain the origin of this food. According to one theory, tzatziki originated in India, where a very similar dish still exists – called raita sauce. It arrived in Greece, via trade routes across Persia. Even the name of the food comes from the Persian word zhazha, which means herb mixture.

According to another theory, it derives its name from a Greek version of a very similar Turkish dish – cacık. However, unlike tzatziki, water is added to the cacik and therefore it is much diluted. Also, in cacik shredded cucumber is not mandatory. There are different versions that consist of various types of herbs or leafy plants like dill, radish, purslane.

It seems very likely that cacik, together with the Ottoman conquests, spread to the Balkans and Middle East. Today, there are many dishes similar to tzatziki all over the Middle East, the Balkans and even Cyprus. In the countries of the Balkan Peninsula it is called tartor and is especially popular in Bulgarian and Albanian cuisine. It is often served there as a cold refreshing soup, especially during the summer months.

Let’s just mention that similar dishes can be found in Caucasian cuisines, and even in Poland where it is called mizeria deste site.

This recipe for tzatziki I got from my Greek friend Kostas, a few years ago when I visited Thessaloniki.