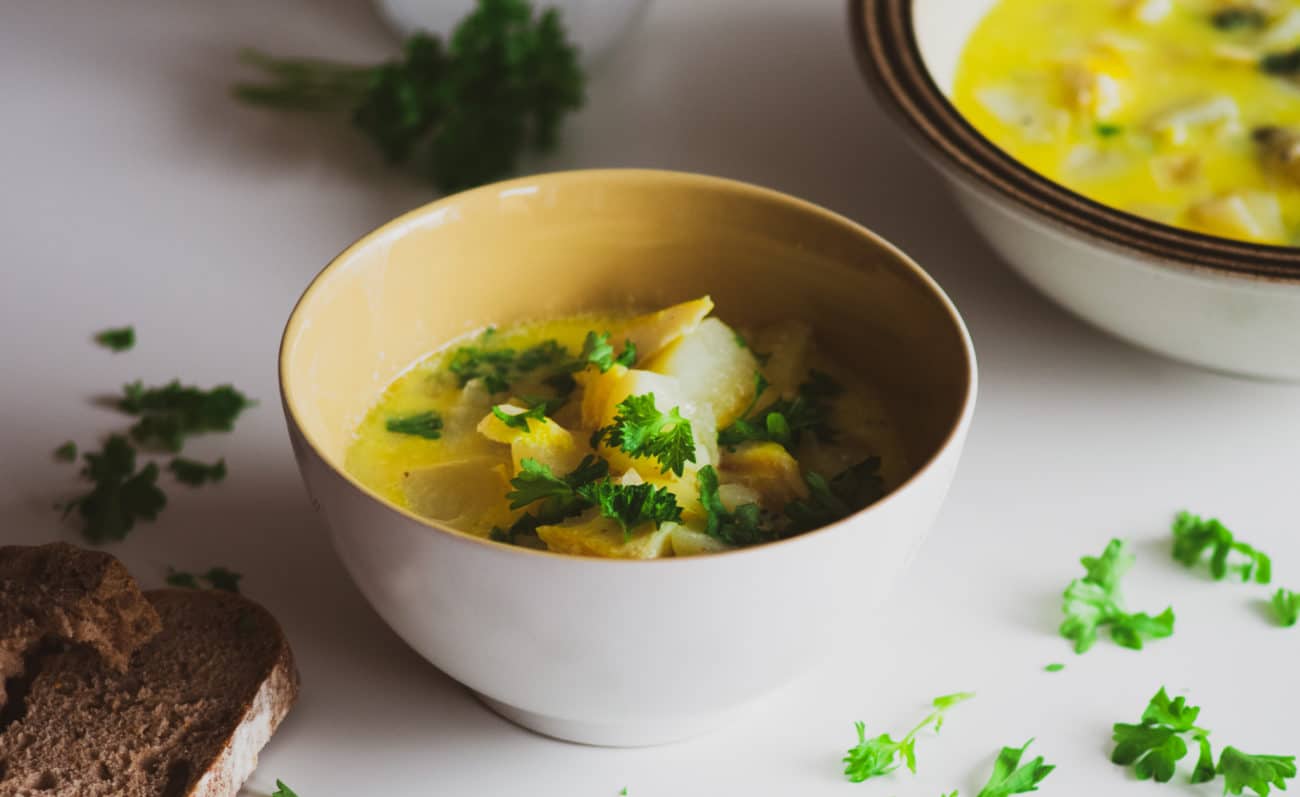 Cullen Skink is a traditional Scottish dish originating from the city of Cullen on the north-east coast of Scotland. Basically, this is a creamy soup made from 3 basic ingredients - smoked haddock, onions and potatoes.

Cullen Skink is a traditional Scottish dish originating from the city of Cullen on the north-east coast of Scotland.

This dish is very widespread in the daily diet, especially across the northeast of Scotland. It can also be found frequently in restaurant menus, but also in historical and modern cookbooks.

Basically, this is a creamy soup made from 3 basic ingredients – smoked haddock, onions and potatoes. Since it is a widespread dish there is a whole range of different variations and ingredients used. Very often instead of the onion, the leek is used and instead of milk single cream is used. Sometimes mashed potatoes is added in order to make it creamy.

Let’s just mention how the basic ingredient the original version of this soup is Finnan Haddie or Finnan haddock – cold smoked haddock. No worries, any other kind of smoked haddock will give an excellent result.

Cullen Skink is served mainly with bread, as an appetizer before dinner.

You will not believe it, but there is also the Cullen Skink World Championships, which has been held each year, since 2012.