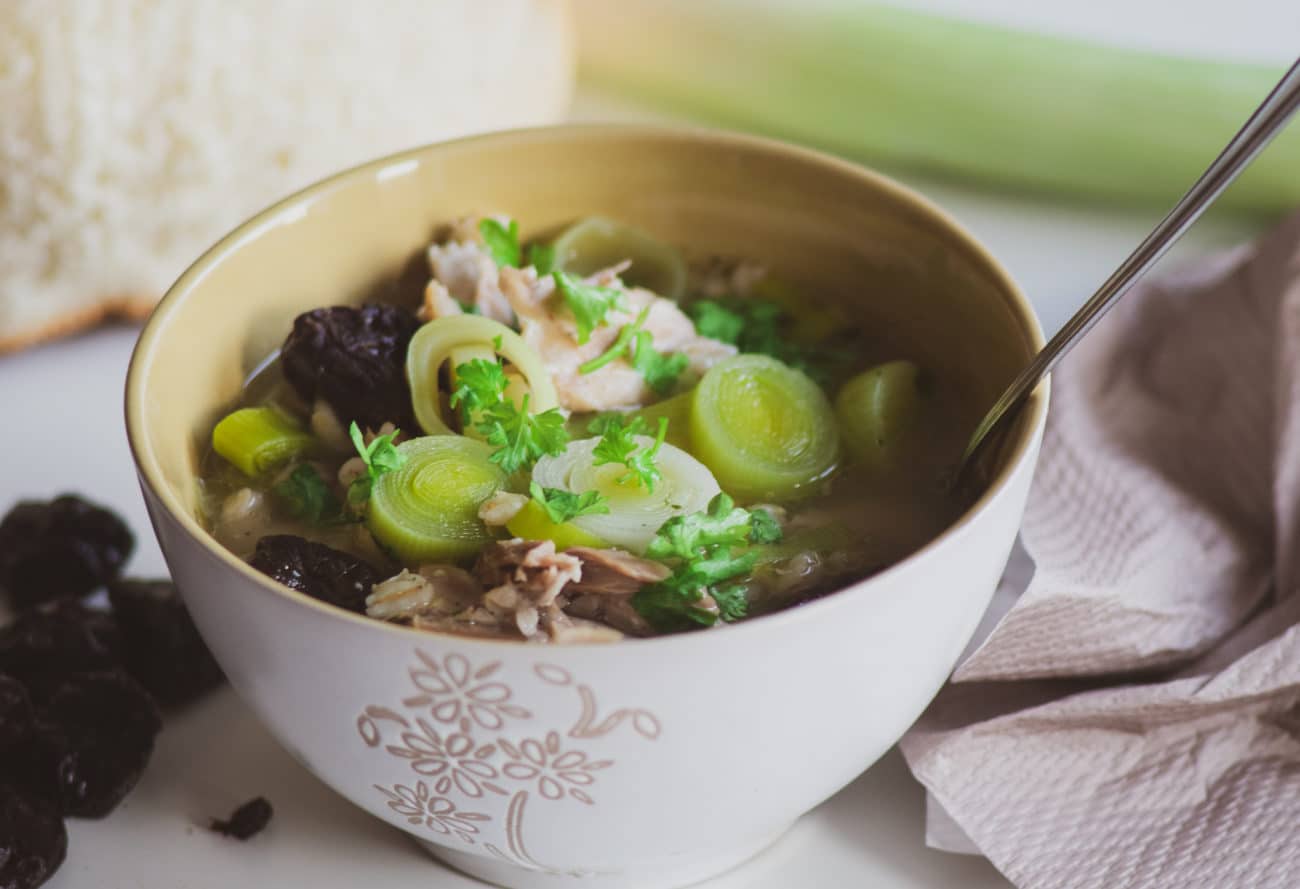 Cock-a-Leekie Soup is so widespread in Scottish cuisine that is often referred as Scotland's National Soup.

Cock-a-Leekie Soup is so widespread in Scottish cuisine that is often referred as Scotland’s National Soup.

Usually, it is served at national holidays such as St. Andrews Dinner, Burns Supper or Hogmanay. In addition, it can often be found as a daily dish during the winter months.

How deeply Cock-a-Leekie Soup is rooted in Scottish cuisine, is best evidenced in the fact that was first mentioned in 1598. In fact, it was served to the king.

Although it is one of the traditional Scottish dishes, it originated from France, from onion soup. The 16th century is the time of the Auld Alliance between Scotland and France. Mary of Guise, wife of James V, brought the French influence in Scotland, including the cuisine. It should be noted that her daughter, Mary Queen of Scots, spent much of her life in France before returning to Scotland.

Cock-a-Leekie Soup is a very simple soup which is based on the two basic ingredients, leeks and chicken broth. In addition to these two, there is a whole range of other ingredients such as barley, prunes, carrot, parsnips, etc.

It is believed, the prunes have been added to improve the taste and also the nutritional value of the soup. An interesting fact is that the indestructible French minister Charles Maurice de Talleyrand, among other things, advised that prunes should be removed before serving.

Since I like prunes, we will not listen to de Talleyrand and we’ll make a variant with prunes and barley.