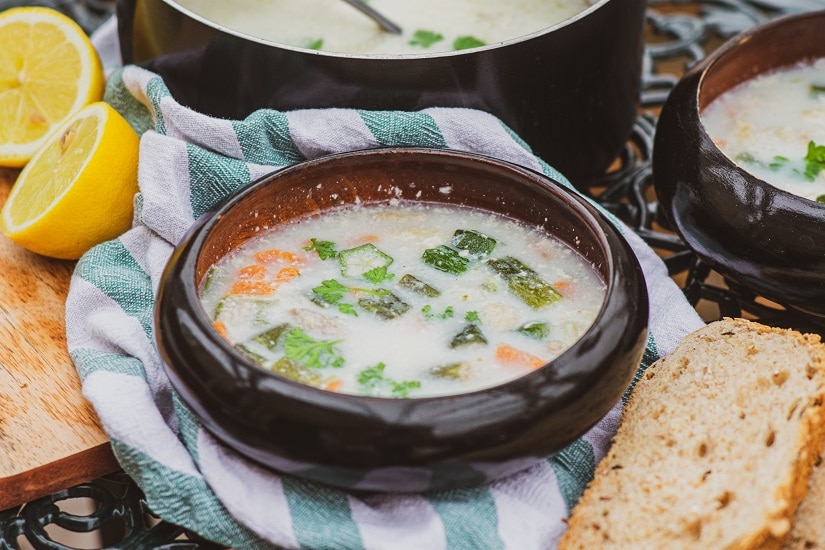 Bey's Soup (Begova Čorba) is by far the most famous soup in traditional Bosnian cuisine.

Bey’s Soup (Begova Čorba) is by far the most famous soup in traditional Bosnian cuisine. This is a thick soup made of chicken and okra with the addition of vegetables and herbs.

Bey’s soup is, in some ways, a characteristic dish of Bosnian cuisine. This cuisine is characterized by slow cooking, where foods are cooked in their own juice, with the addition of meat. What gives a Bosnian verse and great taste is the fine-tuned flavour of meat, vegetables, herbs and spices.

Bey’s soup recipe came to Bosnia and Herzegovina along with the Ottoman conquests. The name alone tells that since the bey is the name for Turkish nobles. It was a meal made from many foods that were not readily available, only the bays could afford it.

It is interesting to mention that it is believed that it’s an aphrodisiac. Legend has it that this soup was a favourite but also needed for the beys because of the common polygamy at that time. The basic ingredient of this soup is okra, and it has always been considered as an aphrodisiac.

Okra is a bit exotic and an unusual vegetable, but it is very popular in Bosnian cuisine. In addition to its aphrodisiac effect, it has other healing properties. Therefore, is common in folk medicine.

I got this recipe for bey’s soup from my friend Addis. He’s a foodie just like me, but he’s also an extremely good connoisseur of traditional Bosnian cuisine.