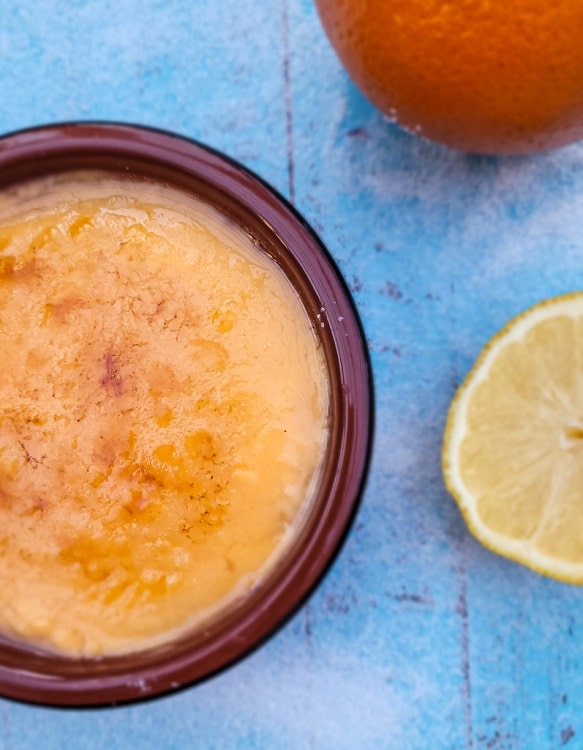 The Catalan Cream is a famous Spanish dessert firmly attached to Catalonia and has become internationally recognized for its unique taste. If you’re already familiar with crème brûlée from France, you already have a slight clue about the crema Catalana recipe.  However, the latter uses milk thickened with egg yolk and cornstarch.

Crema Catalana is often prepared as a traditional Spanish dessert during spring, particularly on March 19. For this reason, the Spaniards often refer to it as “Crema de Sant Josep,” an equivalent to the American Father’s Day.

How to serve Crema Catalana?

This Catalan cream is rich, with a delicious creamy texture that melts on your taste buds when eating it. It gives a combination of a slightly indulgent feeling and rustic.  The burnt cream is flavoured with lemon, orange, and some cinnamon hints to make its texture irresistibly creamy. Some sugar toppings will then caramelize it and give it a compelling, delicious look.

This delightful dessert will release its rich flavour to the taste buds when hot. Some prefer it served while still warm, but you can as well enjoy it when cold.

Crema Catalana closely resembles the French crème brûlée, with only slight distinct differences making them apart.  The Catalan cream mainly uses milk and may include cream, while the crème brûlée majorly uses cream.

Crème brûlée is thickened with a whole egg. Crema Catalana uses only the egg yolk to give it a richer and creamier texture. Some people may describe the texture of crème brûlée as “greasier,” while the Catalan cream has a more delicate and lighter texture.

The French cream uses vanilla, while the Catalan cream is mainly flavoured with lemon or orange and a cinnamon hint, but can also use vanilla.

Lastly, the cooking process of these two variants is also different. Crème brûlée is often cooked in a bain-marie, whereas crema Catalana is cooked in a pan with low heat.

Even though crème brûlée is the most widely known of these two desserts as the burnt custard invention is attributed to the French, Spain takes the credit. Crema Catalana recipe is among the oldest European recipe desserts, tracing its origin to the 14th century.

The recipe first appeared in the Libre de Sent Soví cookbook during the 14th century. Ever since it has gained popularity to the rest of the world. In the 16th century, the recipe was printed in  Libre del Coch.  The recipe initially entailed a custard cream with a sugar topping burnt using a hot iron rod to create the burnt crust.

Just as the name sounds, the Catalan Cream comes from the northeastern Spanish province of Catalonia, famous for the Pyrenees Mountains, beautiful beach resorts, and Barcelona. The name crema Catalana first came from Juan de Altamiras, the Spanish friar, via his cookbook of 1745.  The cookbook describes the recipe to have originated from Catalonia.

Today, the Crema Catalana recipe has grown in popularity to become a famous dessert in most restaurants serving Spanish cuisines. The recipe is pretty simple to follow, and the ingredients readily available, making it easy to prepare the Catalan cream at home.